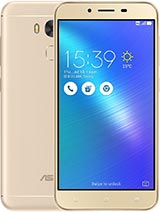 Hot garbage. Was good for maybe a year or so, then the battery became horrible and the phone cannot really handle apps like tiktok well. Got a new phone and threw this one in the trash

Has this for 3 years plus. Good phone for the price and always like the interface usage as well as the camera which provides many years of good pictures and where one can touch anywhere on the screen to take a picture instead of the normal touch button.
Apps provided by ASUS are useful and handy.
Only set back is after those faithful years, the battery is dying, perhaps as expected like other phone.
At least it's not like my Sony Play, screen blackout and died exactly 2 years, as well the older Samsungs saying bye bye on their own.

the most reliable phone ever. 6 yrs of Pokemon and ehailing (uber) and still original battery. few issue like touch light wouldn't stay on and asking for password instead of fingerprint while driving.

I have this phone for 4 years it's the best phone I've ever had, the battery is my only issue it drains so fast that you'll be force to use it while charging.. my best advice is not to update the phone.

MIng, 24 Jul 2017Hey, does the Nougat update really have some issues? I want... morePlz dnt update to nougat ..

I have had this phone for four and a half years and it is still working well. the battery doesn't hold them as it did in the beginning, but otherwise no problem appeared. I'm thinking of replacing it with a zenfone, 7pro

Y'all commenting the phone is bad. It's not that bad. Maybe your unit is faulty. I didn't have the issues y'all complaining. Been using it for 3.5 years now, only problem is battery cause I didn't really use it properly (was charging 3-4 a day with 6hr+ SoT every charge). And it's lagging performance compared to devices today, what would you expect from an SD 430??

This phone sucks so hard!
After 1 year of using it, my screen is colapsing, i have blackscreen every 2 seconds.
This phone is such a shame!

This phone really sucks! After 2 years of use, battery drains quickly and this phone's camera became blurred. DO NOT BUY THIS ITEM!

dodo, 17 Jul 2020Reset it to factory settingsWill this fix my issue with the phone?

dodo, 17 Jul 2020Reset it to factory settingsWill this fix my issue with the phone?

Cedric, 17 Jul 2020My phone heats up with very light mobile data jse like face... moreReset it to factory settings

James Munky, 10 Jul 2020I have this phone for about 3 yrs. and 3 months to be exact... moreMy phone heats up with very light mobile data jse like facebook and browsing. Battery barely lasts 1 hour when in use. Time to replace battery or time to replace my phone?

I have this phone for about 3 yrs. and 3 months to be exact. yet it's still working, it has a good camera output, good battery life but of course the older the phone we would expect the fact that the battery will no longer that good battery life unlike the 1st year of using it. but overall performance of the phone has it's superb quality I just keep wondering that the asus company will continue to their good ability of doing the good products as well.

nene, 01 May 2020It has served me well since late 2016. The battery was good... moreI've had this phone since 2017. I'm amazed on how phones grow in 3 years. And you're right, it's getting slow by now and doesn't last that long since i first bought it. Time to upgrade to a phone that will last by 3 years or more.

It has served me well since late 2016. The battery was good but now it only last for about 4~5 hours. And snapdragon 430 is outdated and struggling with latest app. Soon replace it with a new phone. It is a good phone from Asus. Goodbye old friend.

since the day i bought this phone, when i use it, the battery always get hotter and hotter, and it last just for half day of usage...
Cameras front and back are great however....