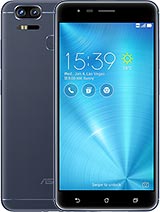 What is the screen rate of asus zenfoe 3 zoom

Miles, 08 Jan 2020hello, I bought this device last November 2017, after 2 yea... moreI have the same problem, only the top of the phone, and the battery is expanding steadily.

Miles, 08 Jan 2020hello, I bought this device last November 2017, after 2 yea... moreMe too, but i think its only fixed by software update. Cause when i updated my zenui to latest update it fixed the problem

Miles, 08 Jan 2020hello, I bought this device last November 2017, after 2 yea... moreI guess you need to replace lcd of it and you're lucky that after 2 years the problems just appear whereas others here just had those problems after a certain of months buying it.

hello, I bought this device last November 2017, after 2 years of usage, my screen starts to flicker when the brightness is turned into its lowest setting, any user who had such experience too and any suggestions how to fix it? thanks in advance.

Every day lately I think about how great this phone is. It doesn't take CDMA sim cards, has no 5 GHz WiFi, and it doesn't do multiple users using the stock firmware but other than those cons it's pretty amazing. The battery lasts long and it's snappy, doesn't come with a lot of extra apps and background processes like some phones do. Beautiful screen.

Very smooth, amazing camera and battery life, is a nice updrade to the old zenfone zoom. I really like this phone. I am not coming back to samsung after using this phone

Victor, 19 Jun 2019Despite the blazing advertising on this phone, but it is on... moresame as mine. Sent to service centre 3 time during warranty period. Now totally black out after usedfor 14 months.
Not going to use Asus brand.

Despite the blazing advertising on this phone, but it is only an average phone that does not have anything special, even the camera performance is less than average. Its screen is unreliable and may break down after a short period of time, as happened to my device. The only good thing is the battery.

ej, 11 Jan 2019after 6 months then the black screen of death came.the same happened wit me.

I bought this device on February, 2018.
I have first in problem about June or July 2018, the problem with the LCD.
The second claims was in February 2019 (still warranty), the problem was "Blank/Black Screen and Over Heat (hot on back)" on it. For the both claims have resolved by claim warranty.
But the third problem happen recently in June 2019 (no warranty), the problem has still the same as the second "Blank/Black Screen and Over Heat ".
My summary of this device base on my experiences is not recommended.

Been using Zenfone 3 Zoom for more than two years. Now I'm having problems with it's screen/ display. When I set the brightness at minimum to around +10%, the whole screen flickers. So I had to always set it at higher brightness. It's getting really annoying. Anyone knows what could be the problem?

It has a display issue, even after light drop it stops working or dead pixels.

I tried this phone side by side with regular Redmi Note 7 (not Pro version), this phone might give a good rival. For some reasons, I did love this phone more than Redmi one. Not being bias; still images, processor part, design absolutely goes to Redmi Note 7. But battery, smoothness, video recording and display is pretty good too on Zenfone 3 Zoom.

Xiaomi is offer way better hardware (chipset & RAM) but I was impressive with the UI smoothness, less bloatware and comfortable ecosystem. This phone might give a decent run on gaming like PUBG for only at medium settings but it could complete your daily tasks very good. Yes, if you're gaming person, not particularly recommended this one and go for Xiaomi. This one is a tough one to give who's the winner but it's up to you but I would give this a draw.

Display definitely goes for Asus for slightly better colour rendition (accuracy and saturation) and better brightness. I don't know but Xiaomi one looks bluish and yellowish at the same time; either defective or that's how it looks. AMOLED in Zenfone is pretty good but not at the same level with my Pixel 2 XL and 1+5T but comparable with LG G5. This one, Zenfone wins.

Camera was a mixed feelings for me. Short answer, capturing still images is about 2 times better on Redmi compared to Zenfone but since Zenfone can captured 4K, video recording goes to Zenfone. I had to complaint, Zenfone captures incredible daylight pictures but seems little bit struggle in lowlight with decent detail and countinous focus-hunting. Adequate detail, high dynamic range and nice contrast are the strong points for Xiaomi but Zenfone might win in colour-rendering part. On video recording, Zenfone is way far ahead with super detailed-4K video with abundant detail in daylight and even in lowlight. I don't know, focus always got it right while video recording but not in still images. Xiaomi with only Full HD is pretty strange though and plus video recording won't win your heart. Detail is pretty average and pretty bad dynamic range, seems struggle if it had various lighting in a single frame. While it's not bad thing at all, it still managed to give good video recording and so was Zenfone on still images counterpart.

Battery, hail Asus! 2.5 days on Zenfone and 1.5 days for Xiaomi. From 100%, I played Shadow Fight 2 for straight 30 mins, it consumed 7% of my battery capacity. I don't pretty sure how Xiaomi would perform if I did the same but browsing on Chrome consumed about 19% for 40 mins straight.

While both cost only RM799 in my region ($195), it's pretty good deal too for Zenfone. For your guidance, you can go for Redmi if you're gaming person, love taking pictures and elegant design. If you mind about user experience, concern about battery life and nice video recording, don't hesitate to go for Zenfone 3 Zoom!

Battery is unbeatable but SD625 is getting a little long in the tooth. Why can't more companies put 5000mAh in mid / high end phones?

Unless you bubble wrap this phone I highly recommend you move on and purchase something a little more durable. After using it for three months I had a minor drop. At first I had a sigh of relief when I saw no visible cracks. However when the left side of the screen wouldnt accept touch inputs I knew I was in trouble. A few minutes later a small dot\line of purple appeared and 12 hours later the screen was pretty much gone.

With that said, there were some things I really liked about the phone. The battery was amazing and the display/camera was really nice. It also ran very smooth for me. For the price (209.99 CDN Black Friday), I was really impressed.

What I didn't like (besides the durability) was its use as an actual phone. I had many complaints about how I sounded (if they could even hear me at all). When I had to switch back to my old Moto X because of the drop, the call quality was far superior to the ASUS.

In conclusion, this device really isn't that great as an every day phone but it was enjoyable to use as a small tablet to surf the web, or take pics as long as you can protect it. Because of how easily it broke compared to other phones I've had, I can't even say its worth the great deal I got on it.

Have been using this phone for 6 months on Android 8 without any issues. Battery life is fantastic, and amoled screen excellent. Camera has a great spec, but pictures only ok. Not a great range of cases and screen protectors available, but at the price this is an excellent phone. Some feedback that model is fragile, so just don't drop it!

Great bargain. The battery use is incredible. Used it for an entire day, absolutely
phenomenal.

I used to have really bad experience with asus zenfone 5 (intel version) facing all kind of performance, software and hardware issues after using it less than 6 months which i then decided to thow it into the dustbin. Now few years later i bought asus zoom 3 after heavily discounted price simply to try plus hoping Asus has changed, and guess what?? Despite its good performance and camera, the lcd screen immedietly became unusable with horizontal lines all over the screen, foggy color, and took 6-7 second to turn on the screen, after it fell from my pocket just ONCE!!! Even worst when im sitting on chair, not even standing and there is no physical tear or cracks at all which demonstrate the fall is suppose to cause no harm. My other cheap china phone such as lenovo k3 note are 100x better having fell countless of time, with cracks all over the body and screenn, but still works just fine!!! This is my last time bought ASuS smartphone cuz your quality really sucks and u never improve.

On a side note for those who still want to buy this phone, there is no 5ghz wifi supported like mentioned on gsmarena. Which is bullshit for a phone that used to claims as iphone 8 competitor when even my old k3 note phone supported it.