Ever since Google released Android 9.0 Pie officially, users around the globe have been wondering when their devices will be getting the latest alteration of the Android OS. Some manufacturers put out their schedule but others stayed silent. Asus was one of the latter. 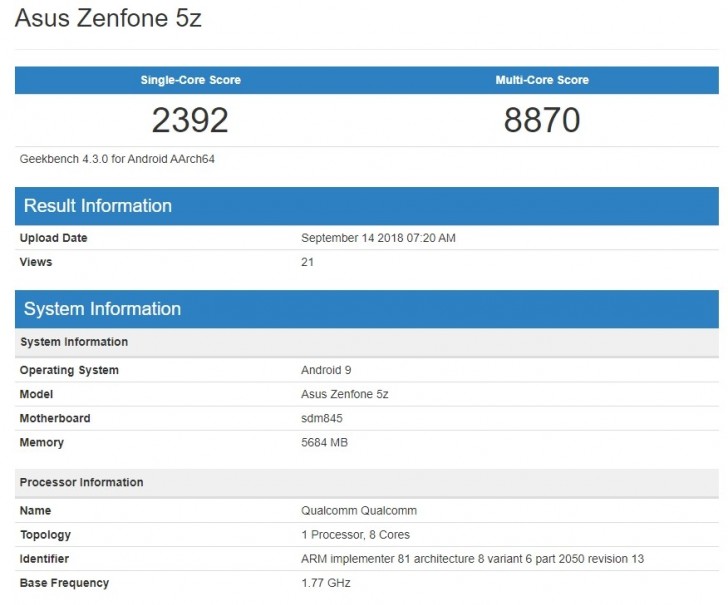 Luckily, we've spotted a Geekbench score sheet of a Zenfone 5z hinting at a nearing rollout. According to the report, there's a unit that's running Android 9.0 Pie and presumably, the developers' team over at Asus is currently testing the build before releasing it to the public.

In any case, that's a strong indication that the 9.0 Pie update is close to being released and we hope Asus breaks the silence and confirms it officially.

They launched innovative stuff and were far ahead in time with flagship and software but now, unable to pick up even after pricing their stuff correct. Sad but true. LG G flex, G2, G3, G4, etc but all we know is what Apple did and Samsung copied nowa...

The 5Z is better than the POCO. Of course price wise it's another story.