The Asus Zenfone 5z, which went official in February this year during the Mobile World Congress (MWC) is finally coming to the market. According to a tweet from the Taiwanese company's Japanese Twitter account, the launch is set for June 15. 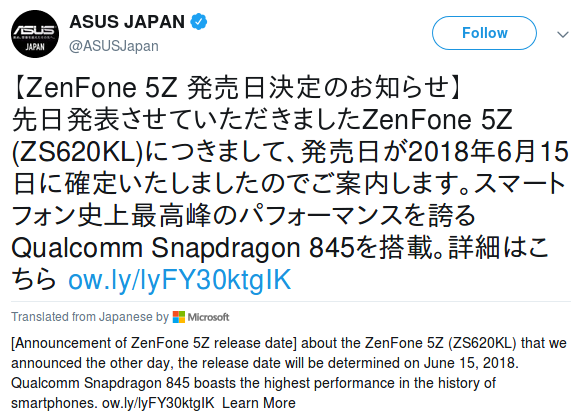 The device features a rear-mounted fingerprint sensor, runs Android 8.0 Oreo, and packs in a 3,300mAh battery. During the unveiling, Asus revealed the handset will be available starting €479.

There is an option within the setting to hide the notch

When it will launch in india