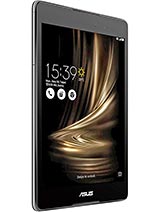 Honor fan, 09 Apr 2019I have this tablet. (I have honor 8x )too My 8x contrast i... moreYour comments about an Huawei Honor 8x is a bit weird as it is a phone not a tablet. Not a valid comparison. The Asus Z581KL is the best tablet in this class size (8") ever. Nothing before or since comes close to the screen resolution and general performance. Not many are making 8" tablets, anymore, and those that do are leaving them quite low spec and average screen resolutions. Its a real pity that this size of tablet is being ignored.

I wish asus release an update for this device. This device has lots of power inside, and deserves more updated versions of Android.

I have this tablet. (I have honor 8x )too
My 8x contrast is much better than this zenpad
Very much faster OTG transfer file speed
Much better battery
faster CPU and cooler device

After receiving all updates a soft reset is necessary . Then many changes will be done to the device

darius, 25 Dec 2017when i bought it,after turning it on i saw android 7 update... moreAndroid 7 was installed before? Or you update it by yourself?

Harry, 24 Apr 2017When I buy in North America? It is available in Japan alrea... moreIs it supporting OTG

When I buy in North America? It is available in Japan already.... Hopwever, I cannot buy it from Canada.

All my dearest billion fellows worldwide.This is the smaller sibling of the 3 10 point inches model with 7800 mAh!!Somebody said that it must be $300 !In short,after September of 2016,Asus felt that it must find its own way in low,mid,and highest classes with more innovation,better creation,and the best marketing!!!?Because people themselves are the best ambassadors of any brands worldwide according to scientific researching poll!!I leave the rest to the unbiased gsmArena reviewers!Justice Rights.Omid12Omidvar.

Does it support the OTG??

Swap27, 09 Jan 2017Asus has said nothing about India launch. Also some website... moreThank you so much for the reply Swap27. Yes, so we need to use under Volte support, I don't think asus will provide built in Volte in this tablet, right?