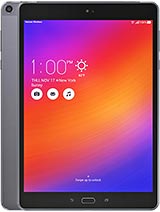 The digitizer of my tablet broke. How can I get a replacement...
I stay in Nigeria..

Gabosh, 15 Sep 2020In our country in Pakistan same thing you can easily but ju... moreYou are right.!!

AnonD-637007, 23 Jan 2017in Russia Asus sells model Z500KL for $500 with 4GB RAM an... moreIn our country in Pakistan same thing you can easily but just in 200$ ..believe me your country Russia is so expensive but one thing Russian vodka is very cheep price available there..send me half dozen of vodka bottles and I will send you a latest Asus tab!!!

Anonymous, 02 Mar 2020Wifi range is really short. Look elsewhere if you dont want... moreI want to buy Asus z10.is it good for me or not?pls will you guide me!!

Wifi range is really short. Look elsewhere if you dont want to hug your AP

Specs is decent and above average even in 2019, especially the crisp screen and long battery life.

However, so far I can charge it ALMOST EXCLUSIVELY with its original charger which can output either 5V 2A or 9V 2A. But this tablet draws only 5-8V 0.5A from ALL my other chargers, even though some of them are with 5V 2A rating. Hopefully I won't lost the original charge anytime soon. :-/

I got this tablet a week ago in mint conditions at a yard sale for $20!! I have owned a few tablets and they have lagged or not been able to keep up with games and streaming. This tablet does. Beautiful screen and great sound. I realize it is going on 3 years old but I would still recommend it! It is a wonderfully built machine and looks great as well! Got a new case off Amazon and good to go!! You won't be disappointed!

This is still a very descent and capable tablet in 2019 if you can get it on sale. I bought one for $159 and popped in a 64GB SD card. runs well, no lag, plays the games i like, does everything i need it too. camera's arent best but are descent for tablet... EXCELLENT battery life, i have no complaints.

The zt500kl is getting old (mid 2016),with one upgrade, and that to android 7.0. Bootloader and root unlocking issues, and OS upgrades are not forthcomming. This machine is on the back burner for support. Support is 3rd party, then be careful. Having said that.... The ZT500KL is a good machine. Does everything. Real good battery life, and still pretty zippy. Maybe thats the problem... This thing has a lot of life left if we could just get an upgrade. I've liked this ASUS, but I will be looking at a samsung next time. VZ\Asus are blowing it...... .bwj...

My opinion is don't any ASUS product. I have a Zenpad 10 that I bought that lasted a mere 4 1/2 months before the screen mysteriously broke. I now suspect I was sold a bent tablet. I was offered a warranty but declined thinking what? tablets break? Unaware that the screen was NOT covered. To fix the screen it will cost $180 but my belief is if the screen broke so easily once why won't it do it again. So, the Zenpad sits in the box unuseable.

Looks too similar to those iPads from the time

I use a wire from usb tye c - hdmi, but it doesnot work, my tv Lg appear " No signal" . I dont know why, some one há the same problem like me

I have a Zenpad 8, it's great if you don't require anything flashy from a tablet, and don't want to pay extra for a brand name. I don't use a tablet enough to spend $1000+ on a Surface, but I almost wish I did.

I would recommend a Zenpad to anybody who wants a basic tablet at an affordable price. I'm not sure why anybody would need a fancy camera from their tablet. Since I already have a Zenpad, I'm using my upgrade for a Galaxy tab s3 because of the S pen. Still surprised nobody has really attempted to answer the S pen besides MS.

Too occupied by their own software with a little andoid in the phones.

Dearest quality seekers.The price of 29 to $ 159 now according to the specifications here and the seller,s suggestion on my left side of screen is the best excellent possible affordable budget tablet even without GSM qualities for all walks of life, especially for the students....Even for my Virtual Grand Dream Musiem !!!But how to get is....!!!?Thanks GSMArena for your good news.Justice Rights.Omid12Omidvar must be notified too.

Great tablet ! Bought it for my b day and man was I happy with it ! Great resolution, connects to WiFi flawlessly, and games are no problem. My wife has a Samsung tablet and she uses my tablet to watch Hulu because of the 2k resolution. The only complaint I would have is that I barely get to use it because it out shines both my Son's LG and my Wifes tablet, plus the body of the tablet is one whole aluminum case, with a glass like plastic on top side to make wireless connections a lot more reliable and stable.

Keep up the great work Asus !