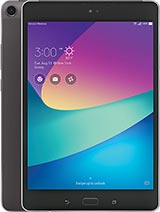 I really liked a previous Zenpad, but, as usual lately, manufacturers are constantly issuing new models that have changes which really should have been thought out better. The biggest issues in this case:
1. The increase in screen resolution is not just needless in an 8" tablet, because with a viewable area that small, you can't see any difference; the human eye literally cannot see that fine unaided, its actually detrimental. This is because the digitizer resolution was scaled also, and it has trouble recognizing where you intended to touch, because your finger is so huge..
2. Related to that, the speakers have been downsized and moved to one on the bottom edge, so that it's now difficult to hear. The primary reason for this though, appears to be some obsessive compulsion with eliminating any edge frame to hold on to. So this model does crazy, infuriating things because of all the edge touches it sees that you never intended.

A very good affordable budget for $ 150 specifically for children and students.Hopefully other brands this about them too. Thanks.

AnonD-712204, 01 Nov 2017When this be available in philippines and is it good foe mo... moreDude,of course it will run Mobile Legends,the game isn't graphic demanding despite not being optimized.Also lower end Snapdragon (400 series)can already run it.

When this be available in philippines and is it good foe mobile legends???

AnonD-701682, 19 Sep 2017This is the 1st tablet I've found since the release of my N... moreThis is good to hear as I am also looking for a N7 replacement. I bought the Lenovo Tab 4 8 Plus and it seems laggy even in comparison to my 4 year old N7. I decided to try the Lenovo over the Asus because it uses the newer and more energy efficient 625 SoC. I'm guessing the lag must be due to Lenovo's implementation of the os. With the same amount of ram and a much newer SoC it should be much faster than my N7. I will most likely return the Lenovo.

Bad thing on this thing its low battery compared to screen and only 16gb of internal storage.
For a heavy gamer this is useless thing.

Still waiting for a company to create a 7inch tablet better than the Nexus7/Nvidia Shield tablet.