AT&T might price 5G monthly rates based on data speeds 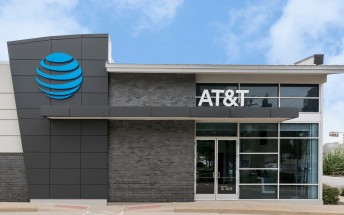 Remember when 3G data plans were all-you-can eat and you paid a flat monthly rate for internet? As smartphones got smarter and hungrier for data, carriers started limiting data into fixed amounts per month at the same time that 4G LTE gradually became available. 5G could lead to a totally different approach to pricing, at least according to AT&Ts CEO.

During AT&Ts recent earnings call, AT&T CEO Randall Stephenson offered insight as to how we might expect AT&T to structure its pricing for 5G service in the future.

I will be very surprised if, as we move into wireless, the pricing regime in wireless doesnt look something like the pricing regime you see in fixed line. If you can offer a gig speed, there are some customers that are willing to pay a premium for 500 meg to a gig speed, and so forth. So I expect that to be the case. Were two to three years away from seeing that play out.

According to Stephenson, AT&T expects to charge customers a premium if they want to take advantage of full Gigabit speeds over wireless, much how cable internet companies charge different amounts depending on the internet speeds you opt for  the faster the speeds, the higher the monthly rate.

5G wireless service will shake up the wireless industry as we know it, but it also could give service providers an excuse to up-charge for those cutting-edge data speeds. We understand that it costs truckloads of capital to get 5G up and running, and on a nationwide scale, no less.

Wed actually not be surprised if T-Mobile CEO John Legere had something to say about Stephensons comments during AT&Ts earnings call.

I don't see this as a bad thing at all. You're probably gonna get 200Mbps minimum on 5G which is plenty enough to stream 4k videos on your 1080p device :3

Funny i have a 1TB a second at my home wireless wifi and pay 35 euros for that per months along with a TV programs where i am able to watcha round 200 different programs and have a landline with unlimited calls within my country. So all this for j...

By the comments I read, I think no one is getting At&T's strategy .. This is about limiting the speed that you are getting on your device, no matter if you are on 3G, 4G or 5G, of course higher speeds will be connected on the 5G network, but by w...