AT&T has started pushing out a new update to Motorola Moto Z2 Force units on its network. Weighing in at 334MB and arriving as build number OCX27.109-47, it's a major update that brings along Android Oreo. 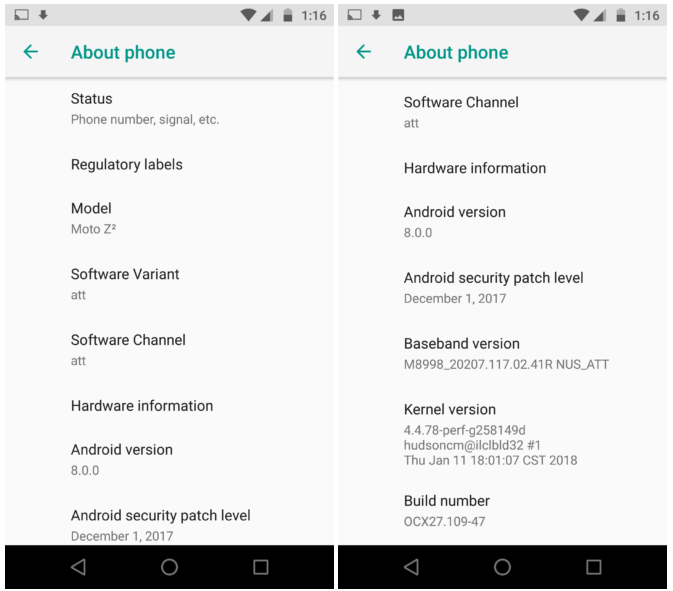 As clear from the above screenshot, the Android security patch level now stands at December 1, although the carrier's official website says it should be January 1.

It's been just a couple of days since the roll out began, so you'll have to be patient in case you haven't received the update notification yet.

Motorola wants us to realize we are addicted to our phones

Yeah, thought that was awesome until I noticed a bug that I have never encountered before this- The audio for Notifications/Alarms/Ringtones is severly dimmed at random points requiring a reboot of the phone. Thankfully this fixes it until it happen...