B&H reconsiders the price of the Sony Xperia 1 II pre-orders, hides it 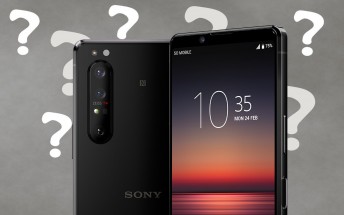 After an excruciatingly long wait, the Sony Xperia 1 II finally went up on pre-order, but now it seems that there may be some trouble behind the scenes. B&H, which was the first US retailer to list the phone, has removed the price from its page.

Previously, the new flagship was set to cost $1,200, but now we dont know. Sony US is mum on the subject as well. For what its worth, the phone is still listed at the original 1,200 price at Belsimpel in the Netherlands and JPY 133,600 on Au in Japan.

This many not be about changing the price, instead it could be an issue of availability  B&H never posted a shipping date and neither did Belsimpel. This means that the Xperia 1 II is really only available in Japan.

Last year (in late June), the original Xperia 1 went on pre-order in the US on B&H and several other retailers at a price of $950, bundled with a pair of WH-1000XM3 noise-canceling headphones. Pre-orders in the Netherlands for the Mark II will also be bundled with the XM3, the situation in the US isnt quite clear. Anyway, we probably wont see the new flagship in North America and Europe before June.

Sony Xperia 1 II launches in Japan on May 22

even if the phone was very very good (which i'd be surprised about), this is a high price and sony isn't the "market leader". I'd be tempted at 700USD.. i mean i can get a note10 for that price today :/

Exactly, as if they were, we wouldn't have phones creeping up the price tag of $1400.

So the majority of people don't use their heads. Nothing new.