A Samsung phone carrying model number SM-J210F has been spotted on GeekBench, revealing some of its key specs. As per the listing, the device - which is probably to be the next-gen Galaxy J2 - is powered by Spreadtrum SC8830 SoC with quad-core 1.5 GHz processor. 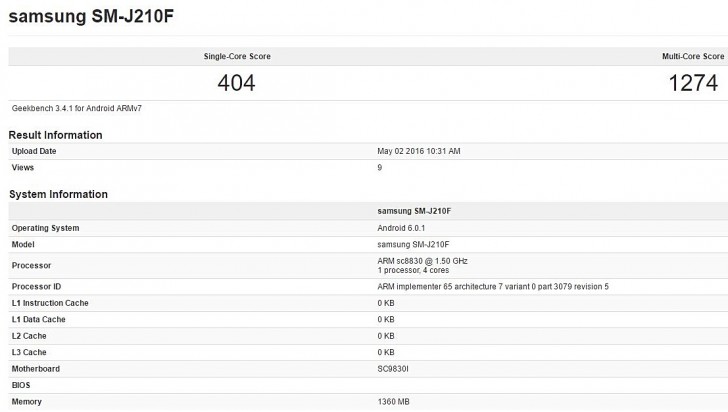 Other specs that were revealed include 1.5GB RAM and Android 6.0.1 Marshmallow. If you recall, the Galaxy J2 (2016) was also spotted on India's import/export website Zauba a couple of months ago, revealing a price-tag broadly similar to its predecessor.

There's still no information on the availability front.

Yes and i have Nexus 6 phone too and it's getting Android N this year probably.

Not surprised at all! This is so today in smartphone market: release a new frikkin' model with updated OS than just update already existing models. Well, i guess it's a cold world in business and manufacturers desperately need consumers to buy their ...