Chinese benchmarking tool AnTuTu just published its ranking for the most powerful smartphones in August and the Xiaomi Black Shark 2 Pro tops the charts with its 469,708 score. These rankings are based on the eight version of the benchmarking software which is still only available in China.

It’s also worth mentioning that the scores are based on the average rating that each phone got. The new version of AnTuTu puts a higher emphasis on storage results meaning the same phone can get different scores depending on its configuration. 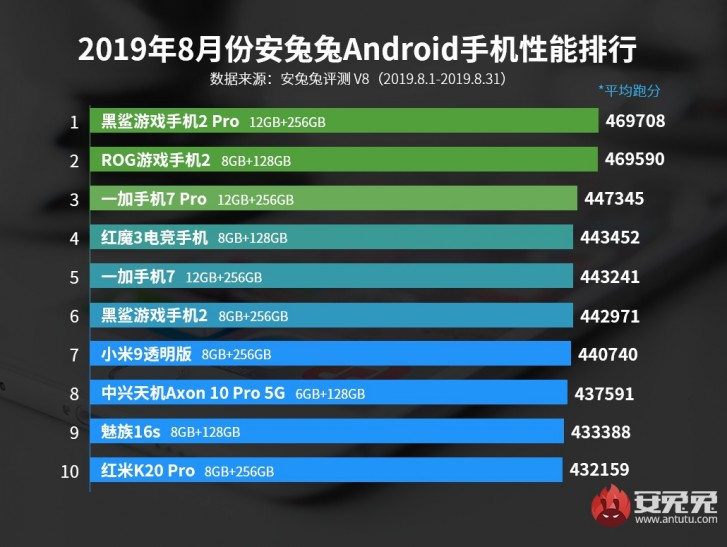 The 12GB RAM and 256GB storage version of the Black Shark 2 Pro is followed closely by the ROG Phone 2 in its 8/128GB configuration which pushed out 469,590 points. These are the only Snapdragon 855+ equipped phones in the ranking while all the rest are running on the regular Snapdragon 855 SoC. The third spot is occupied by the OnePlus 7 Pro which managed a score of 447,345 in its 12/256GB variant. 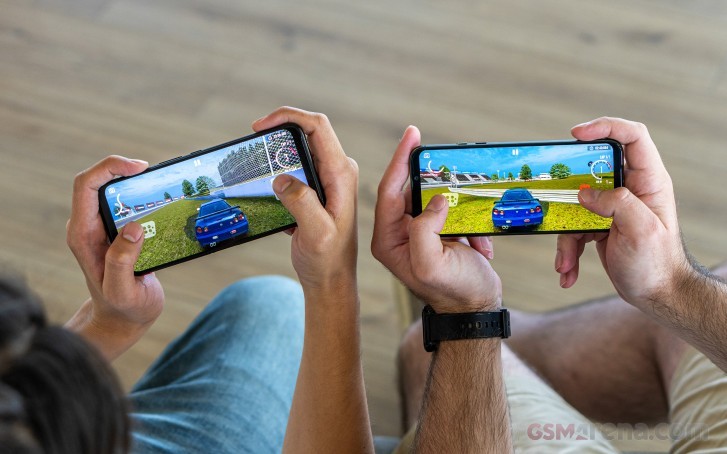 Next in line is another dedicated gaming phone - the ZTE nubia Red Magic 3 which is followed closely by the vanilla OnePlus 7 and the Black Shark 2. The Xiaomi Mi 9 Explorer Edition comes in at number seven on the list. The last three sports are occupied by the ZTE Axon 10 Pro 5G, Meizu 16s and Redmi K20 Pro.

I have a rooted Mi 9 phone and my score in the latest AnTuTu Benchmark app is 574976.

The Nubia Z20 is missing, which would be 3rd in this ranking with 456k!