Nearly a year after it became official, the Black Shark 4 Pro is becoming available internationally. It joins the vanilla model, which has been available since last May, but the S version of the Pro isn't coming yet. 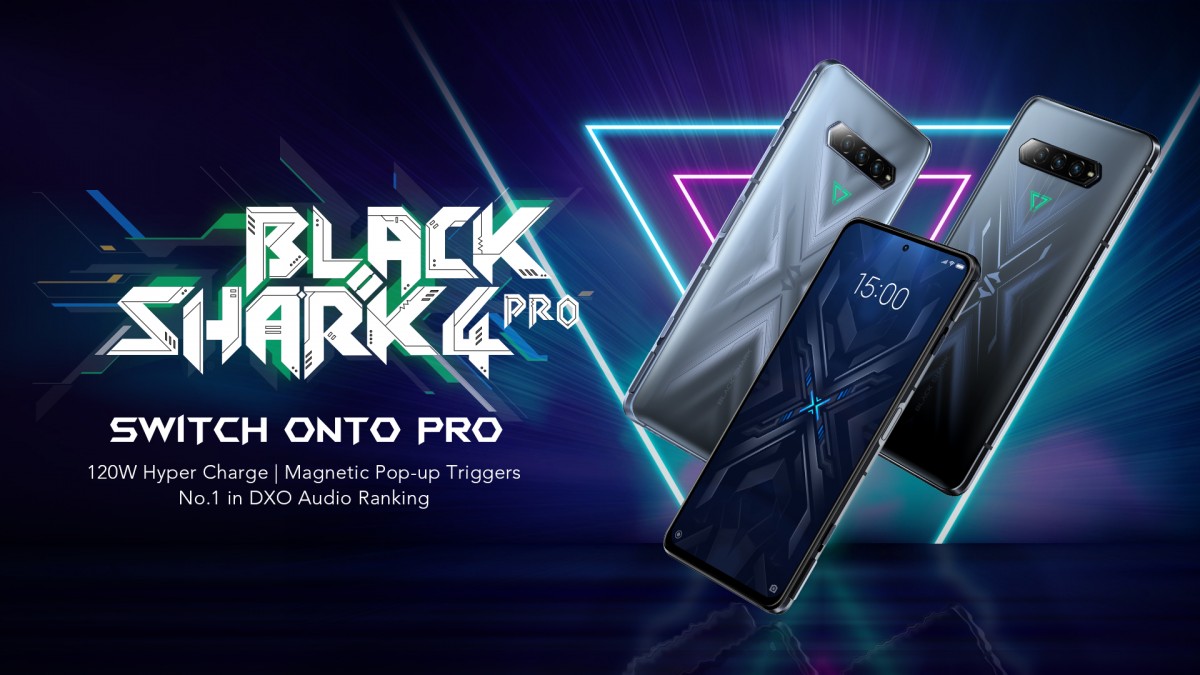 The 4 Pro starts at $580 and is available in Shadow Black, Misty Grey and Cosmos Black. Below you can see a more detailed breakdown of the pricing for the two memory capacities.

You can pick up a Black Shark 4 Pro starting today from the official site or your local Amazon branch. Sales begin today at 8:00 GMT. The phone is available in the following countries and regions (and a few others):

PS. the Black Shark 4 Pro was recommended in our Best Gaming Phones buyer’s guide, but has since been replaced by the 4S Pro model. That too will probably be replaced soon as the 5th generation seems almost ready for launch. The new series will probably still use the 888+ chip, however.

Still at 428 it could be one of best phones on the market. Anyway it looks gorgeous and i never know US dont have any VAT on electronics. I thought every country have VAT on litterary everything. Here in Slovakia tiny country in central Euro...

It's funny but in fact the US has it more expensive by 50 USD compared to EUR prices. They don't have any taxes on consumer electronics while a lot of Europe has about 20-25% extra VAT tax. This means Xiaomi is subsidizing the device price ...