However, Dimensity 8100-powered devices managed to steal the first top spots in the mid-range competition, while the Black Shark 5 Pro dominated the most powerful segment. 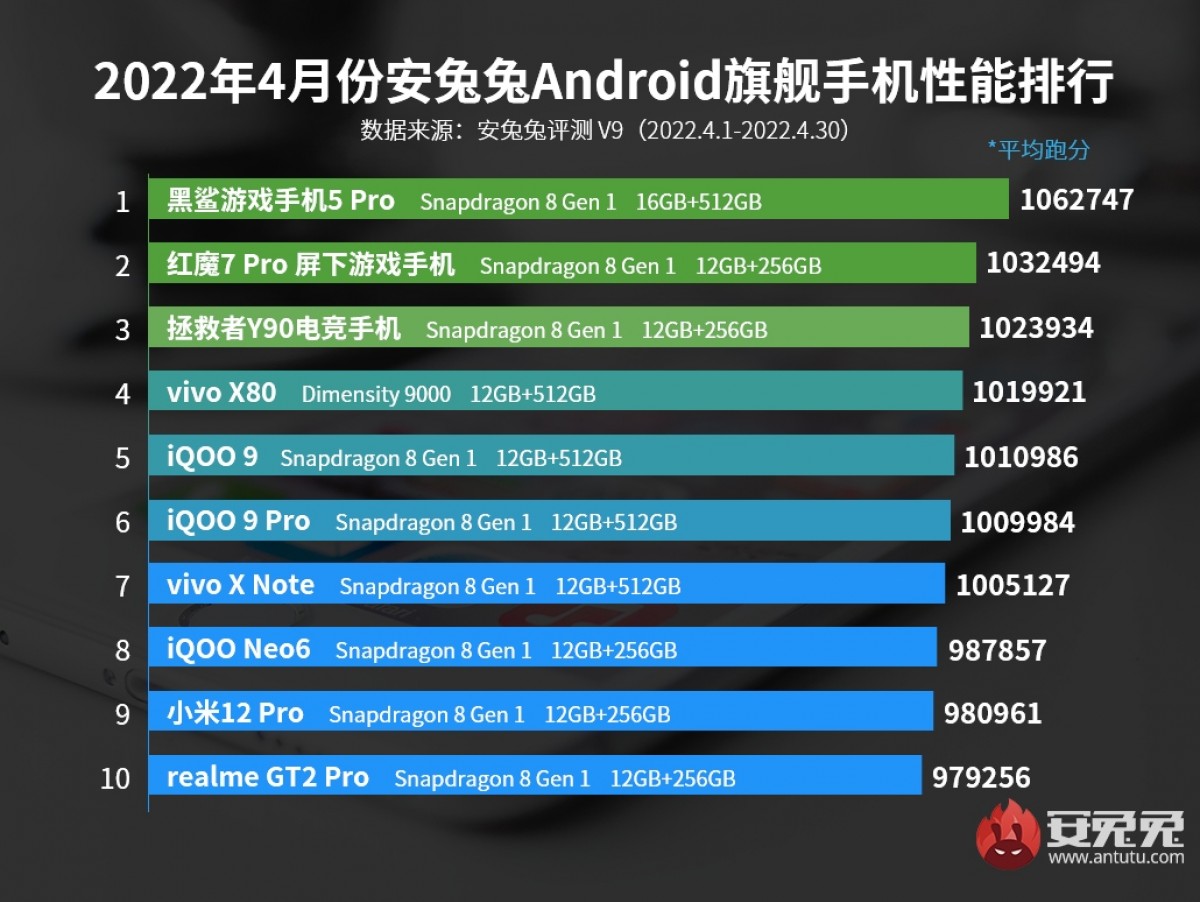 The Snapdragon 8 Gen 1 domination here is logical, given the fact Exynos 2200 phones are not selling in China, Dimensity 9000 devices are only now coming out and Kirin chipsets dropped off the race.

The mid-range field reveals the Dimensity 8100 is a runaway leader, with the Snapdragon 870 a distant second. We should expect more devices to join this list once manufacturers get their hands on new chips but that might not be soon, given how the mobile industry is still struggling with supply chain issues. 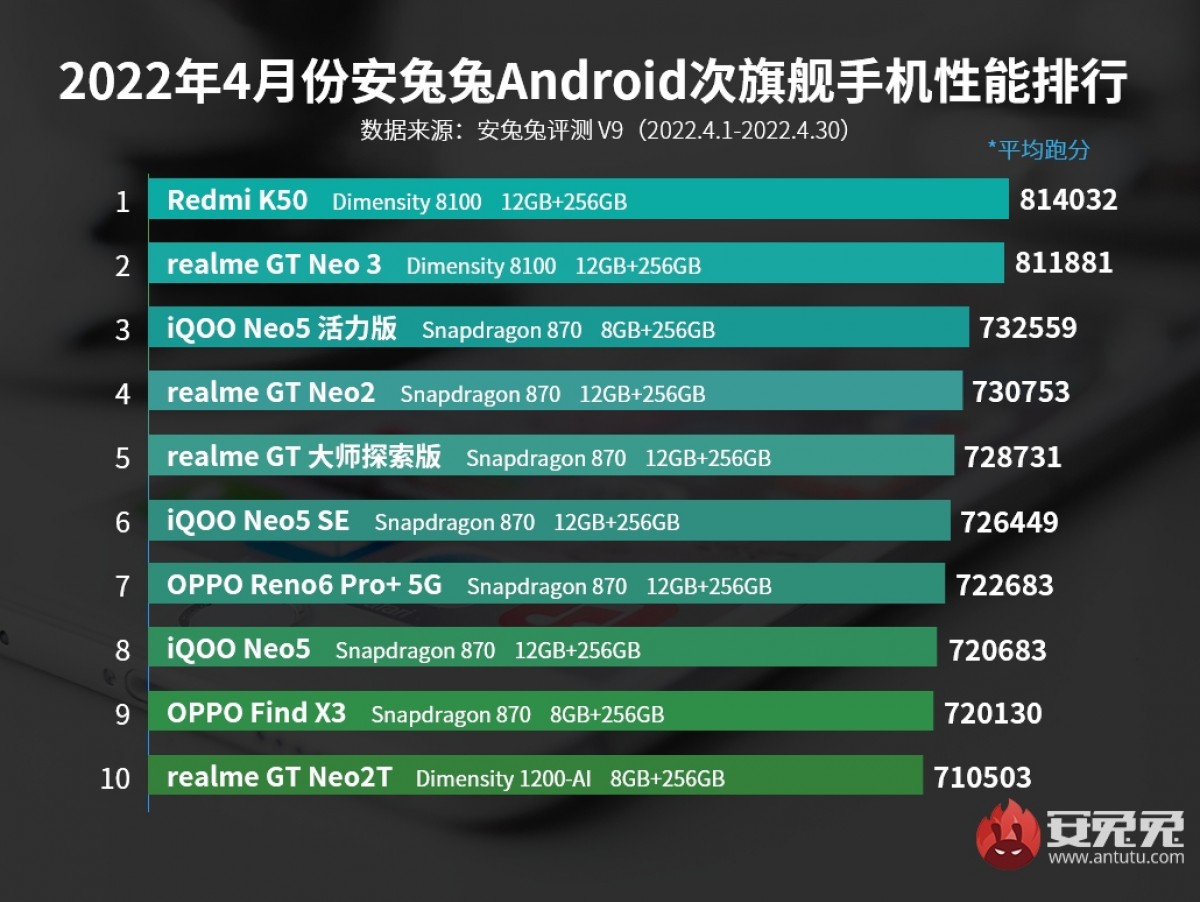 The monthly AnTuTu results are the average of all runs for devices with at least 1,000 samples.

Qualcomm is allegedly announcing the Snapdragon 8 Gen 1+ in May

Apple iPhone in a corner crying looking at these results

These test results are useless. Test results should be based off a minimum run time of 1hr of testing. With just only initial 10~15 minutes of peak performance for most of this top tier listed devices, the scores are a scam. So many overh...