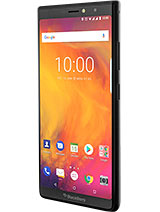 landan, 12 Nov 2021LOL. RIM has nothing to do with BlackBerry phones for sever... moreMade in India

rezad, 02 Nov 2021I barely didnt know this phone really exist.. in fact, I kn... moreLOL. RIM has nothing to do with BlackBerry phones for several years. It is designed and fubrished in China.

I barely didnt know this phone really exist.. in fact, I knew it after reading evolve x2 2021 rumour news.. LOL... just give it up RIM, your era is over deal with it...

weird to read criticism about this phone in 2021 about have bezels when phones that was release in 2018 still had bezels.

blappie, 11 Feb 2021Hilarious to call a product 'evolve' while that s... moreNot really, most phones are bezeless now. This one has a massive chin and forehead. Although it's good to see blackberry attempt to adapt to what we know is cool now.

Hilarious to call a product 'evolve' while that same product actually is a copy from the competition that has just killed your qwerty devices company off.

Electroneum , 19 Jan 2021I need this phone even if used one Same here man, wondering where this is available. All i see is the regular Evolve and there are many of them on ebay. Just not the X one.

I need this phone even if used one

Vamsy, 10 Sep 2020I am also considering it to buy . But I am unable to find w... moreI consider to buy the same price Samsung brand with UFS 2.1 storage than slow and buggy eMMC, using Amoled and big battery, plus continous support from Samsung, if you buy this don’t expect the support like Samsung or other brand, because BB is already died

Vamsy, 10 Sep 2020I am also considering it to buy . But I am unable to find w... moreDon't. The software is very out of date, and so is the design. Things will be buggy and not run smoothly, considering Blackberry practically gave up entirely on their phones. Probably running Android 8.0.0 Oreo. I would recomment either a Realme C series phone or a Xiaomi Redmi 9A. Otherwise Samsung Galaxy A01/ A11 are always there. They're cheaper, supported, and have better battery life as well as cameras.

I am also considering it to buy . But I am unable to find where to buy the phone.

Rick, 19 Jul 2020Hi. Where can I get one of these in Australia. This phone was never released. It's a "Phantom" phone of Indian ODM manufacturer Optiemus. It was supposed to be the more premium model of the Blackberry Evolve, which was released, with very low end specs. Third World marketing practices LOL.

Anonymous, 18 Jul 2020i have one and love it, its one that does everything i need... moreHi. Where can I get one of these in Australia.

i have one and love it, its one that does everything i need and more, worth the money

Icon Rahul, 20 Jun 2020Give meThis is my first blackberry

this is the phone everyone should buy

Anonymous, 29 Apr 2020Amazing design, but BB is dead X(dont u dare to assume the sleep of blackberry, as death of it.