BlackBerry Ghost to arrive as BlackBerry Evolve on August 2

BlackBerry is preparing a new smartphone for the Indian market with its local Optiemus licensee, and the device was first rumored to be called Ghost. Later Evan Blass said the Ghost will be actually named Evolve and will come alongside a mightier sibling, called Evolve X.

After the series of leaks, the phones are finally set to step into the light. Optiemus has scheduled an event for August 2 in India, where the alleged flagships will be introduced. 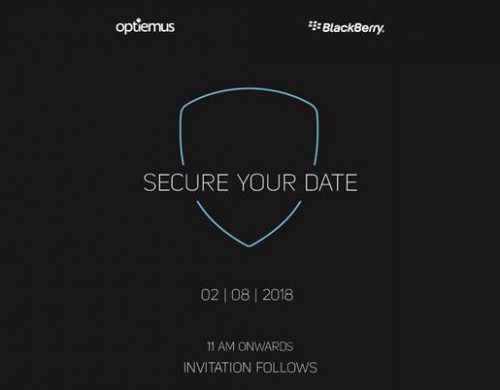 The phone was tipped to have a 4,000 mAh battery, dual-camera setup with optical zoom. A leaked photo from February also suggested a metal frame and tall screen without a notch, but other specs are still unavailable.

Given the slogan “Secure your date” instead of the usual “Save the date,” the new device is likely to come with BlackBerry’s in-house security solution DTEK for improved privacy levels of communication channels and data transfers.

Since the BlackBerry Motion is not available in India, the Evolve is expected to be the first phone without a QWERTY keyboard since the brand’s rebirth.

BB Evolve is a flagship. I wonder how much they will price this if the BB Motion itself with SD625 already ridiculously priced at $460.

its not available in India>