The BlackBerry was an iconic name in the smartphone world in the Americas during the late-2000s. In 2010, we recall our peers having colorful discussions on social media about whether they should go with a BlackBerry or iPhone. During this time, BlackBerry was still a huge contender in the United States; every carrier had at least two BlackBerry models and Android was more of an afterthought. Now tables have turned.

Fast forward to January 2017 - TCL and BlackBerry teased the media with a, then codenamed, BlackBerry Mercury (which, we think sounds much cooler than "KEYone") and didn't tell us anything else about it until more than a month later in late-February at the MWC. 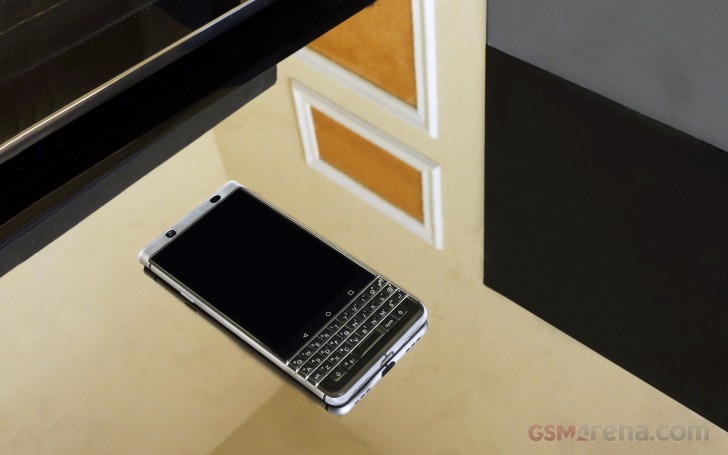 Needless to say, the device was widely acclaimed, though we still need to put it through its paces to see how it compares to late-2015's BlackBerry Priv, which didn't do as well as anticipated due in part to a high retail price at launch and the Priv's exclusive carrier deal (in the States) with AT&T.

Let's briefly talk about what the BlackBerry KEYone means for the Canadian company (formerly known as 'Research in Motion', now just 'BlackBerry') as well as the Chinese phone maker (TCL) that's actually producing the hardware. TCL's partnership with BlackBerry aims to regain some of the market share that BlackBerry has lost over the past several years to an evolving landscape of touch-screen smartphones with hopes that a new form factor will entice those who are otherwise bored of glass slabs.

The resulting hardware? It looks like something you'd only find in the hands of an executive or laying on a corporate office desk constantly buzzing with notifications. There is nothing fun and youthful about a BlackBerry because BlackBerry is (and has always been) all about business and instant email communication. The BlackBerry is not for folks who binge-watch Netflix nor for kids who play Minecraft for hours on end.

We expect that the BlackBerry KEYone will gain better traction than the Priv was able to. In fact, it looks like the phone will have an overwhelmingly positive Canadian launch given the phone has carrier deals with four Canadian operators. In the US, anyone will be able to purchase the KEYone, including those on Verizon. The phone will be sold unlocked for $549 for GSM and CDMA networks while Sprint will begin selling the phone later this summer.

Will the BlackBerry KEYone get more folks talking about the return of the keyboard? Will the KEYone be dropped by Sprint shortly after it goes on sale? We don't know yet, but we might have the answers at the end of the review. Without further delay, let's take a look at the new BlackBerry as we put it to the test and talk about it, a lot.

I purchased Blackberry KEYone about two years back, but when I used , I was disappointed as its keyboard didn’t work properly. It’s typing system was intricate. I packed it in box and put it in brief case. BlackBerry is a rubbish phone. I would prefe...