The BlackBerry Motion is now official with a 5.5-inch 1080p LCD and no physical keyboard whatsoever - neither slide-out nor permanently fixed one.

The new BlackBerry phone is built around a Snapdragon 625 chipset with 4GB of RAM, 32GB of built-in storage and a 4,000mAh battery. With a power-efficient chipset and a huge battery like that battery life should be quite impressive.

Imaging is covered by a single 12MP f/2.0 camera on the back and an 8MP selfie camera on the front. There's IP67-certified protection against dust and water. 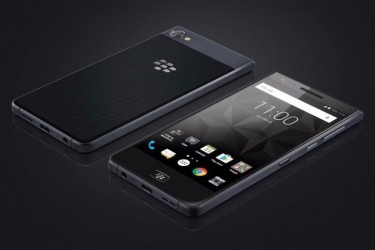 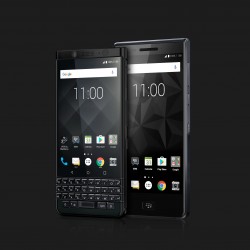 Despite the midrange chipset and storage the Motion comes with the solid build we've come to expect from BlackBerry. It will retail for around $460 starting with the Middle East - UAE and Saudi Arabia. It won't come to North America at first, but there's no other word on future market expansion.

US won't be getting BlackBerry Keyone Black Edition

In my opinion anything that differentiates it from the crowd would be infinitely better... they should get back to their roots to create the most secure device out there... hardware and software included... rather than go on a crusade towards copycat...

Sorry mate, the boat has set sailed a long time ago...also, the skipper's bailed about 10 minutes ago.

oh yeah definitely, i gots no objections there.. but i think that makes it even worse.. i mean it's shameful that they could pony up the dough to purchase a brand identity but stingy when it comes to industrial designers.. don't you think?