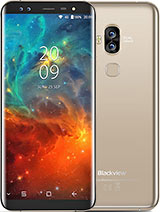 Ade, 01 Apr 2019This phone is very bad after some minutes using the phone it get... moreYo man, the reason why your phone is overheating is because it's on a 28nm technology, but it's octa core. (octa cores are used on slightly powerful socs, unlike this one, a very low end one)
I Don't know if you understand what I'm saying, but that is 100% the reason

No.
It has a 28nm nanometer soc.
It has a very, very low-end mediatek chipset.
Though it's still octa-core (8 cores)
and I'm not sure why they did that, but it completely makes the phone heat because of that.

Excellent phone for the price!
Why are you guys comparing it to other phone not in the same class duh!!
The only downside is the comms services, wifi,bluetooth, shutting down when the screen locks!
As for music, use a bluetooth speaker!

For all you complainers out there, read the specs before you buy!
It ain't rocket science!!

Excuse me in advance for my english
Very Very Very bad services.
A lot of functions that are allowed in other smarthphones, arent allowed with BlackView s8
Besides the firm doesn't have a web site, or a pdf or a support web pages where they explain how to do.
How can I move contacts from alls to preferites?
How can I move a call to contacts or preferites?
Very simple functions that in other smarths work well, are unknown in this software

Rob Taff, 28 Jan 2019This is a really terrible phone, really really terrible. Paid $... moreYeah you should have looked up what you bought before buying it to any chip with 8-cores and 28nm fabrication node is sadly doomed to overheat... (another well known example of this is the Snapdragon 821) I have the honor V9 Play which has same chip, sure it gets hot but has no major issues! Blackview may also not be on par with honor & Samsung on software...

This is a major flaw . the blackviewS8 help site is useless for any remedy, there is none apart from leave auto screenlock on maximum time, which isn't great for security or battery life.

Speaking of which it overheats when charging too..

Save a photo from an SMS to the picture gallery?
Seemingly can't be done.
Ask the in phone help menu ?
None exists.

My verdict, pay a few dollars extra for a Samsung galaxy S7.
Or Samsung J5pro, or samsung J7 pro..
Alp these second rate/older Samsung models make the blackviews8 look like what it is, a cheap shoddy made piece of absolute crap.

Fwiw, I an not a Samsung shill either, but any of these reviewers that have rated the blackview as reasonable value for money have clearly copped a bit of hacksheesh from them, it may s an absolute piece of rubbish, barely worth $20

Kozmos, 19 Jun 2018Perfect phone, for such an inexpensive phone, it has a wealth of... moreSomething tells me you've never used a flagship...

does this phone work in Canada?
Thanks

Finally we got Blackview devices on this page but umm where is the older devices? Where are such classics such as the legendary "Blackview Ultra Plus"! D:

Perfect phone, for such an inexpensive phone, it has a wealth of features, such as a near stock Android 7.0, a quick, responsive MediaTek Octa-Core processor, 4GB of RAM, a nice, bright, HD (720X1440) screen, and the fingerprint scanner is very snappy and responsive, and 64GB of ROM, which is more than enough to store hundreds of pictures and music files, and a good amount of videos, which the phone can record at 720P, overall, for the price, it's a great phone and I'd recommend it to anyone who wants a snappy, responsive smartphone phone for everyday use.

Is it safe to use a phone without any published SAR values?

Reynaldo, 24 Feb 2018I tried update my blackview S8 update using wifi after OTA updat... moreUse ur laptop download the stock rom and flash the rom and ur phone is good again

so should i buy this phone?

Nice for phone for Â180. Only real negative is the absence of a dedicated headphone jack. But the audio quality thru the USB adapter with a good pair of headphones is nice. I Like having a front facing camera with the same spec as the rear one, and the fast charging is great. So far so good.

I tried update my blackview S8 update using wifi after OTA update dead no power no display.. before i update check the battery 60% but no luck anymore. its dead.. now.. anyone can help me.. please.. comments..