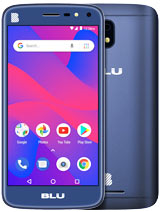 I bought one in 20 dollars from a friend.

Overall this is actually a great phone for $60 retail. Having most recently used Blu's C4 model the screen is surprisingly color-accurate in comparison; white is neutral and even though vertical contrast inconsistency is about what one would expect for this price range, colors are reproduced seemingly more accurate than many similarly priced phones. Comms including Bluetooth, WiFi & HSPA+ perform as well as expected; as well as any other phone in the room, including recent flagships.
As Android Oreo: Go edition takes around 520MB RAM idle, the 1GB in this model makes using 2-3 apps simultaneously & switching beween them relatively fast. This is a huge and immediately noticable step up for anyone currently using a phone with 512MB RAM on the same version & edition of Android. I would at this point suggest anyone considering a budget phone to avoid ones with 512MB of RAM since the OS will use what is essentially simulated RAM contained in internal storage, which quickly wears out the storage module and will eventually lead to issues, likely within the phone's otherwise-usable lifetime.
The fixed-focus camera is 'just good enough' for this price for taking snapshots, even potentially good enough for printing for those who still do. Its sensor has identical characteristics to Blu's C4 model which is a 3.2MP sensor and uses somewhat decent upscaling in its firmware to achieve a technical 5.0MP. This in combination with the f/2.6 lens makes for low-light performance which leaves a lot to be desired, however, with ample lighting pictures and video alike are high-quality enough to be appreciated on a 720p screen, and would suffice for an amateur 720p vlogger assuming it's all under very decent lighting.
After using the phone for 3 weeks the most prominent disappointments are the camera, which is as far as I can test identical to Blu's C4 model which can cost as low as USD30 shipped. That's not to say the pictures this phone takes are terrible; they're good enough for a personal log of memories. The biggest disappointment though is the glass screen protector that comes in the box: it's unbranded, and although it appears at first to be a perfect match for the screen itself, after applying it, due to the curved nature of the phone's screen the protector doesn't quite adhere to the screen at its edges, leaving a bezel of open adhesive for particles to accumulate. The regular screen protector the phone comes applied with out of the box is a far better fit, but there are no extras which come with the phone.

Looks good, but what is the prtce/cost?