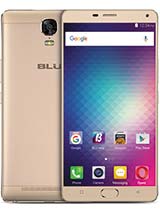 AnonD-664368, 24 Apr 2017How do you update this phone to marshmallow Android 6.0. It... moreone day I connected the phone to a Wi-Fi network from the mobile hot spot of a friends phone, and the message for the update came into my phone, just tapped download and its nice now, only problem is that don't think will be another update after that

How do you update this phone to marshmallow Android 6.0. It's a nice phone for the price, great battery life but I'm stuck on Android 5.1

already on Marshmallow, hope to get nougat soon

Is there a difference in the sim card used in his than from a note 4?

JOHN JOE, 01 Dec 2016 The phone does not have call setting ? One cannot HI... moreThis is an option you set with your provider and does not at all depend on the phone that you use.

Recently purchased this phone because my long time Note 4 began to have problems I couldn't fix, wanted another large phone with a clear AMOLED display. Battery life is FANTASTIC, I feel like I have been set free from the charger cage. Phone quality it poor on ATT.

Screen is very easy to read. Stock UI is weird. Love the "Fake Call". Phone doesn't have NFC. If it lasts as long as my Note 4 then I'll be super happy. Overall, my Note 4 was probably faster, not sure, but ATT loaded it with so much bloatware and crap, I couldn't tell.

I had to install the Nova Launcher on both phones because I'm very specific how I like my phone laid out. I had to by USB-C cables since this phone has it but now that I don't charge but once for a few hours at night, really doesn't matter. Good phone, not high end, but nice. Hope it lasts!

Are You Sure This Phone Have Dual Sim? Thank You So Much !!

The phone does not have call setting ? One cannot HIDE numbers during outgoing calls .

F@B0, 04 Nov 2016Why is this phone unavailable on amazon currently?it's on ebay

F@B0, 04 Nov 2016Why is this phone unavailable on amazon currently?Currently BLU is involved in a lawsuit with Blackberry

Why is this phone unavailable on amazon currently?

jil, 18 Sep 2016does this phone's LTE or 4g LTE doesn't work at all? Yes lte works on my daughters phone and I did my own post about the phone I bought for my daughter.

just waiting to see if it gets any update !!!

cdptn1, 04 Aug 2016People who buy this phone are not buying it for brand or th... moredoes this phone's LTE or 4g LTE doesn't work at all?

AnonD-575460, 23 Aug 2016does anyone knows if this phone will support an 128gb micro... moreyes it does, mine is working properly!! but is better if you have same amount as the internal storage so it could be a balance between internal/ external memory.