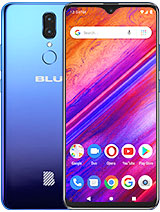 It takes a nano sim not a micro sim. I bought mine off Amazon. Had to get a nano sim from my carrier.

U can buy this at Best Buy , I’ve had a few and they were awsome until I broke them dropped screen fried , was prepaid so I was out the money but if you can take care of it , it was a great phone , I bought ours 5 years ago at target so they are well known just not advertised , hence cheaper ...

PabloSuper90, 30 Dec 2019Does it have 2 slots for the SIM cards and a dedicated slot... moreno, its hybrid. only 2 slot's for simcard's, u can use 1slot for simcard or tf

Does it have 2 slots for the SIM cards and a dedicated slot for the micro SD card?

Umidigi has made me afraid to get any phone with a name I don't recognize in US markets thats largely used...is this a phone I can get that won't wind up making me throw it away like I did My umidigi a3pro?

Anonymous, 26 Dec 2019The feature list is not correct. This phone has no gyroscop... moreit dose open up a GPS app

The feature list is not correct. This phone has no gyroscope sensor

a, 28 Aug 2019Umidigi looks good on paper, but actually.....it's trash. I... moreWhich cheap big screen phone would you recommend

I'm loving it so far I'm on day 3 using it coming from a OnePlus 3 on custom ROMs the battery life on the Blu g9 is insane I can go nearly 2 days on one charge as for my old phone I would have to plug it in mid day. I will miss the offscreen gestures and more advanced features of the OnePlus 3 and even in specs the g9 is a downgrade but I wanted something different and I got it. Anyone know if there is root for this phone?

joe nodden, 21 Aug 2019Did you not even read the entirety of what I just said? The... moreUmidigi looks good on paper, but actually.....it's trash. If you are looking for a cheap, affordable phone, you should look for another Chinese phone...

joe nodden, 21 Aug 2019Did you not even read the entirety of what I just said? The... moreYou're right, my bad. It's just stupid to nitpick a phone at this pricepoint

TheWildShadow55, 12 Aug 2019For that price point, honestly what are you expecting? An i... moreDid you not even read the entirety of what I just said? The Umidigi F1 Play costs the same amount but is better in literally every way.

Doesn't fit a micro SIM, only fits nano. I would've bought the vivo xl4 instead. But still a nice phone for the price.

joe nodden, 27 Jul 2019No, just no. It's an underpowered low spec piece of trash f... moreFor that price point, honestly what are you expecting? An iPhone XS?

how to buy the smartphone ?

This is an excellent phone. Best that BLU has brought to market. The price is amazingly low for the specs on offer. I recently purchased one and its the best value for money when compared to others. I can't understand the criticisms as the phone certainly does/has all of the features mentioned. Its also a beautiful phone.

Adul Al Salami Kebab, 18 Jul 2019This phone is amazing wut ya talking abutt? OwONo, just no. It's an underpowered low spec piece of trash for $180. The screen is 720p, the SoC barely beats the SoCs in phones from years ago, the camera is trash, and if this thing is plastic, well that's just the nail in the coffin. The Umidigi F1 Play beats this to a pulp.

joe nodden, 18 Jul 2019Why can't BLU just make a good phone for once. It's been to... moreThis phone is amazing wut ya talking abutt? OwO