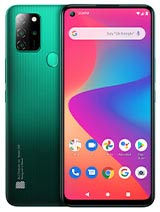 Anonymous, 01 Jul 2021Could someone double confirm is the Charging 10W correct? t... moreSlow charge is actually better for your battery.

I love Blu phones. Speakers really great for watching shows. I have the blu G9 pro. The only issue I have had with several blu phones is when talking on the phone there's a problem with the speaker and I don't understand because there's no problem with music playback or video playback. I have to use earbuds to talk on the phone. The blu G9 pro camera is amazing. The cover that comes with it has a really great grip on the sides. Best battery ever and it has quick charging. I don't think I would get the g91 if it doesn't have quick charging. I feel the kind of person that does not talk on the phone then you won't care about that weird speaker anomaly which I'm hoping will resolve. It's not a problem when I'm on video chat either I don't understand why it's a problem making phone calls and it's been on several different Blu phones. I highly recommend it great for the money!!!

Could someone double confirm is the Charging 10W correct? that is slow for a 5000mAh battery, most current phones as of today in 2021 supports at least 18W

This phone looks fine tough I think there are better deals around...

I think I might buy this phone it might be a good alternative to the phone I'm using right now and I've been looking for an upgrade for the short term so I might give this phone a try it does have a 5,000 milliamp battery and it is 6.5 inch screen display and good for video consumption that's so long I use this phone for in browsing the internet this phone will probably work on Simple Mobile because it has the bands 2,4,8,12

not the best but good for the price