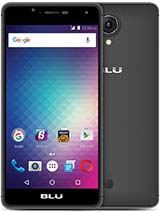 i need my phone BUL R1 HD tas display ... i am from bangladesh please help me

Bought one in 2016 in the US..Now it is 2021 and the phone is working fine in India...
But could not get the back case ..Could any one tell the equivalent phones like infinix realme oppo redme etc for which I can get a back case ?
Thanks

Durable little phone. Mine's lasted me 5 years and counting, with plenty of drops on concrete while jogging. My original case died in the line of duty during 2020, but the phone still works well and its screen remains uncracked.

Actual users have confirmed use of UHS-I cards with capacities as high as 200gb.
This russian-language website says the cpu's SDXC card limit is 256gb:
https://smartfonoff.mobi/components/mt6735.html

Since the SDXC 4.0 standard was defined in 2011, it can be assumed that it will support UHS-II cards. However, the SDXC 6.0 protocol wasn't defined until 2017, so UHS-III cards will not be supported.

Emmy , 21 Dec 2017please my screen and touch spoilt and I need a new one plea... moreBuy from aliexpress

joe nodden, 21 Mar 2020I miss the days when you could get phones like this for $50... moregreat phone until my battery became so weak, i got a blu studio mini and it is slow in comparison.

I miss the days when you could get phones like this for $50. This was pretty decent back in 2016. Clearly innovation hasn't kept up like it should seeing as $100 phones like the Nokia 1.3 exist that aren't really any better than this.

This is a pretty good phone for the 50.00 I paid for it, But, be aware that newer models of this phone are utter garbage, I bought the new model in 2018 and I was going to rotate the old one to my Mother, but it is NOT the same phone in any way, I think it is another model renamed the HDR1 because it is missing all the features that made the 2016 model so good, no dual sim, no memory expansion and SLOW, I ended up just letting my mother have the new one and stayed with the old model.

will the BlU R1 HD support OTG and an external endoscopy camera?

this phone does indeed have an fm radio. i installed a custom rom from xda and it comes with the option to install a radio app via adb. as for the battery, if u are comfortable enough with taking it apart slightly, u can change the battery ur self. the r1 hd will also support a 128gb micro sd card, but u have to create two partitions on the card not counting ur swap file partition. the card has to be above class 10. rooted, this phone is capable of a fully operational debian desktop with usb otg peripherals if u know linux.

vas, 02 Oct 2017- jio 4 g not supported in india Is there any solution th... moreIt probably doesn't have the right data bands for that network.

I am overseas on holiday. My phone has kept cylcling. It's showing the start screen , cycling to the app saying that the micosd card cannot recognised. The it cycles back the start up screen and I can't it interrupt it. I can't even the settings app to do a system reboot.. Help!:

BLU is a simple but a very nice fone, for $50 its good to have one. * * * * * i used it here in LA then brought to Manila. its unlocked so its compatible with almost all service providers then brought it back again to LA after 2 yrs. and its still working good 👌👌👌 Thank u BLU

My R1 HD has been by my side for the past year and a half, however of late it's slowly started dying on me. However I've had basically no issues until now, and the one issue I had was with my battery. I contacted BLU's customer service and within a week I was able to send it out, and by the end of the month I had it back. I've recommended this phone to people who needed a new one, and I will continue to recommend it.

please my screen and touch spoilt and I need a new one please who have the website for that please?????

Sexy j, 19 Apr 2017My phone is saying that the space is full.. but I have in ... moreMove all yours apps from your phone memory to SD card and then try