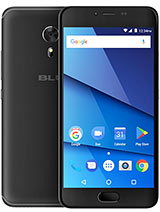 I have used this phone for two years and have never had any problems with it. Everything works very good as intended.

do not buy! camera makes pictures..thats it...after a month the camera glass started to kinda peal and became blue....battery will last you less than a day...from the start i had a problem with charging so i had to kind off press the charger just to fill...it always want to rape me with weird apps....and yesterday was the last day i was using it because it so overheated during charging that thr charger and the phonr became one... so really do not buy, value your money...

I had bought the blu studio 7.0 LTE and not even a month after buying it it started acting up, while listening to music it would close the app. When loading anything, like YouTube or while your texting, it took so long to load. Would not recommend blu to anyone

AnonD-705837, 06 Oct 2017Purchase one a month ago through Gearbest BEWARE this phone... moreCheck for correct APN settings!

Purchase one a month ago through Gearbest BEWARE this phone will not work with any most North American Cell providers, most carrier have not upgraded cell sites to use this phone 4G LTE frequency. When you boot up the phone it will show no bars

what a nice phone.