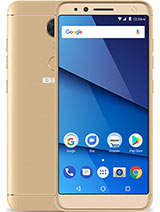 Anonymous, 14 Jul 2018Whenever I switched the data to 4G it still shows 3G4G is just a made up industry term anyways?

Whenever I switched the data to 4G it still shows 3G

I bought this. Yes it's built pretty well, it looks sleek, display is just ok, there are better 720 displays out there, but it's not bad. No Gorilla Glass, and whatever smudge resistant coating they use, it's not very good. This thing gets nasty fast and it's hard to clean the screen. In comparison the screen on my Moto E4 looks nicer and stays cleaner and if MUCH easier to wipe clean. The camera on the Blu Vivo One is comparable to the one on the Moto E4, which to say is not all that good. Outside on a sunny day both camera swill take decent pictures, inside in good light it's hit or miss.. mostly miss, but once in a while you can get a decent picture (like the Moto E4). The phone lags and is slower than the Moto E4. Both phones have are almost stock Android and I actually like the fact that, unlike the Moto E4, you don't need to dive into the menus to toggle on/off Data , all it takes is one tap of the Data icon from the pull-down menu. I also like the fact that unlike the Moto E4, with the Blu Vivo One you can keep data turned off.. and still send and recieve MMS pictures messages via texting. In other words the phone turns data on and off in the background as needed. With the Moto E4 you have to turn on Data yourself in order to send or receive a picture message. Still overall, the Blu's screen and camera and somewhat laggy performance is too much to deal with for me and I sent it back. For $125 you can find a better phone. ZTE makes great cheap phones.

Just got this today for $67 on ebay. Mine is supposed to be "new other" and never used. However I'm not sure if it's just mine but the earpiece volume is thin and distorted as if the speaker is blown. Phone is slow and laggy and over all experience is that of a low-end phone, camera is poor and when I plugged in the phone at 36%, it said "4-hours to full charge", What? That has to be wrong I thought. Well, after two hours the phone went from 36% to 75% charged. I then plugged in a different charger and it took an additional hour and a half to reach 100% charged. That's a total of 3 and a half hours to charge the phone 40%. Maybe it's jsut the phone I got, but I'm done with BLU, this phone is going back to the ebay seller.

Does anyone know which other brand phone this Blu Vivo One looks alike? Like, Blu Speed LTE was a copy of Wiko Wax. I need a phone case for this Blu coz I was trying to remove the painting on the case that comes with the phone and I ruined It!! Haha I didnt find cases searching for Blu Vivo One in any website. So, If it look alike any other device I could search a case for this other phone.

CptPower, 12 Feb 2018Its said blue vivo and it really doesnt matters. It doesn't say blue, it says blu. That's the brand of the phone. Vivo is a line of phones blu makes. Sure there's a brand named Vivo, but blu made vivo phones before vivo started making phones.

Nick, 09 Feb 2018You know what? Blu is brand of this phone and it's based on... moreName says blue vivo andyway we havent this here in slovakia so it wont bothers me.

joe nodden, 10 Feb 2018This is a Blu phone... Not Vivo.Its said blue vivo and it really doesnt matters.

CptPower, 08 Feb 2018According to the name this phone should be like Nokia 1. I... moreYou know what? Blu is brand of this phone and it's based on USA, not Vivo.

According to the name this phone should be like Nokia 1.
Its a basic budget phone from Vivo.
Therefore we cant expect much but for people who needs phone just for basic things could be good eough.

18:9 aspect ratio with low mediacrap chipset . this phone is garbage .

A phone with "One" named on it but it's not Android One.