According to the latest report from Canalys, Chinese search giant Baidu is now the second leading smart speaker vendor in the world, trailing only Amazon. The company which only sells its devices on the local Chinese market grew from a 0.7% market share in Q2 2018 to a sizeable 17.3% now, translating to a staggering 3,700% annual growth.

The smart speaker market as a whole grew by 55.4% during the April - June period resulting in 26.1 million units shipped worldwide. Out of those, 6.6 million were from Amazon and its Echo line, Baidu secured 4.5 million shipments while Google pushed out 4.3 million devices. Alibaba and Xiaomi round up the top 5. 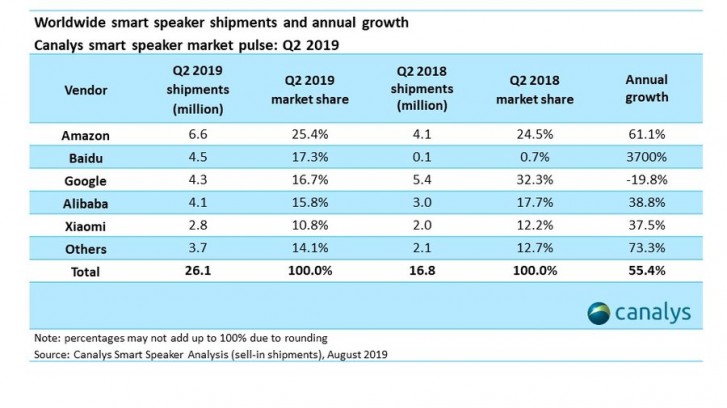 Baidu’s success relied heavily on its Xiaodu series of speakers and aggressive marketing in China. Local network operators incorporated Baidu’s products in appealing offers to their customers which also contributed to the growing sales figures.

That also means other Chinese players have an opportunity there, if they can match the aggressive marketing stance of Baidu. - Cynthia Chen (Canalys) 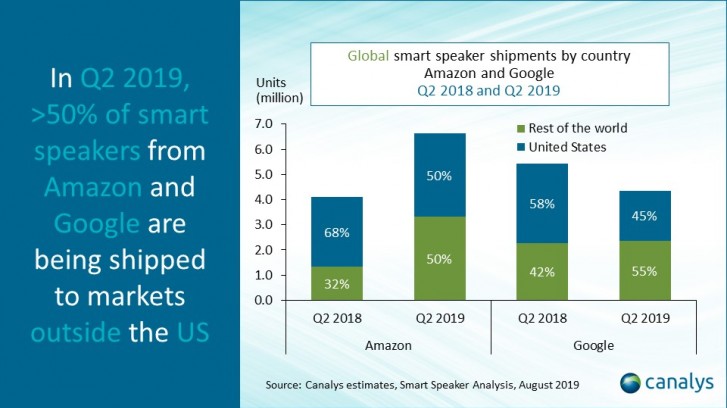 Their success will rely on their ability to invest heavily in marketing and bring out more affordable offerings. The top vendors will continue to experiment with varying price points and form factors heading forward in a bid to offer consumers appealing offerings.

When something's subsidized, there's always bubble, they're "selling" these at a significant loss to tie people into their ecosystems, but a lot of these will go to waste in the hands of people who don't know what they're buying, which is very common...