348 million smartphones were shipped between July 1 and September 30 according to the latest report from Canalys. That is 4 million fewer units than the same time last year. On a quarterly basis, the overall market grew by 22% and Samsung was yet again the runaway leader with 80.2 million shipments thanks to whopping 50% jump in smartphone sales during Q3 with improved cost management and the launch of several midrangers. 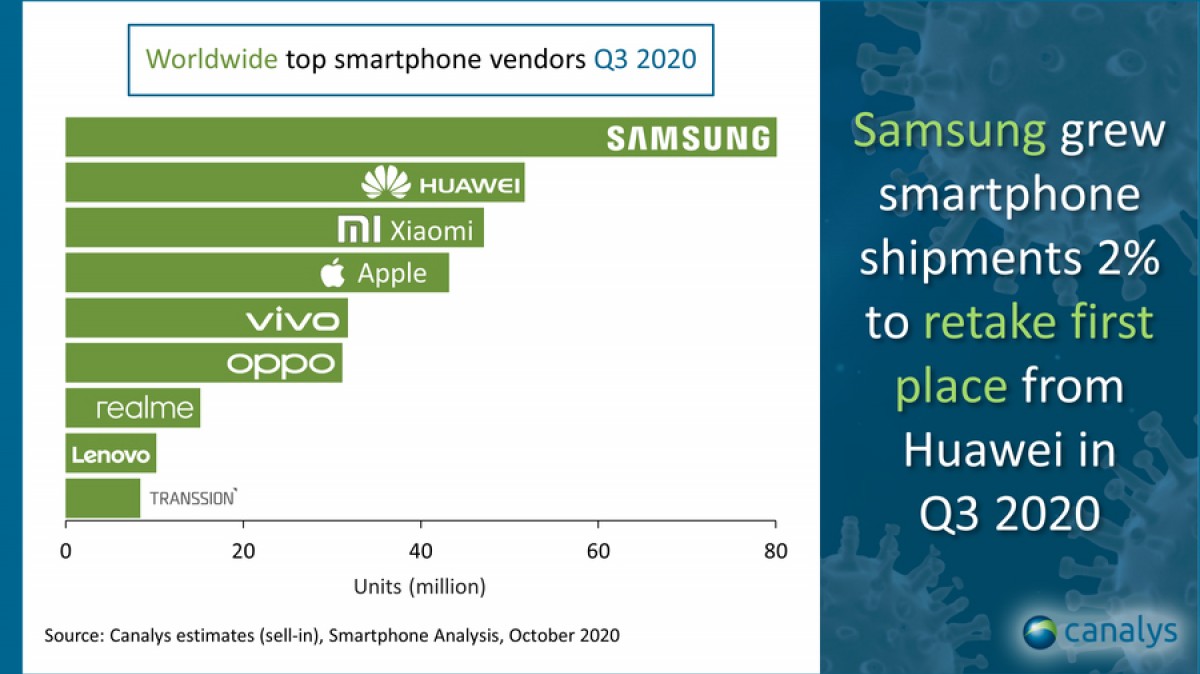 Coming in at second place is Huawei, the Chinese maker managed a respectable 51.7 million shipments despite its ongoing legal battles. Huawei did decline compared to last year when it managed 66.8 million sales in the same period.

One brand’s loss is another brand’s gain as Xiaomi moved into third place with 47.1 million shipments in Q3 which is a remarkable 45% increase compared to last year. This makes Xiaomi the fastest grower of the past quarter. Even more impressive is the 88% growth Xiaomi saw in Europe, where Huawei’s shipments fell by 25%.

Apple slid down to number four with 43.2 million shipments, but will likely be able to regain the number 3 spot in Q2 thanks to the launch of the iPhone 12 series. In fifth place, we have vivo with 31.8 million sales while the rest of the market combined scored 94 million shipments.

Correction every Samsung A and M Series this year and last year and OS's up to 9.0 Pie will get additional 3 years worth of software updates upto android 12 and 13. And also flagship too. Just like Xiaomi's MIUI, Oneplus and Google OS'...

Xiaomi proves to be the best sofa was using note 8 ,it's a medium range phone but it's on point

Thats why I used "Good" and not the best. If you are going to compare it with Samsung , Realme, Vivo or Oppo midtier phones , its actually a blessing that if you are able to get a year of their software support, and Im not sure if you hear...