Canalys: Apple is the big winner as Chinese smartphone market shrinks in Q3

The Chinese smartphone market did marginally better in Q3 than in Q2 with a total of 70 million phones shipped. But it still posted a yearly decline of 11%.

The Mainland China market is nowhere near the level it was in 2021 not to mention pre-pandemic. 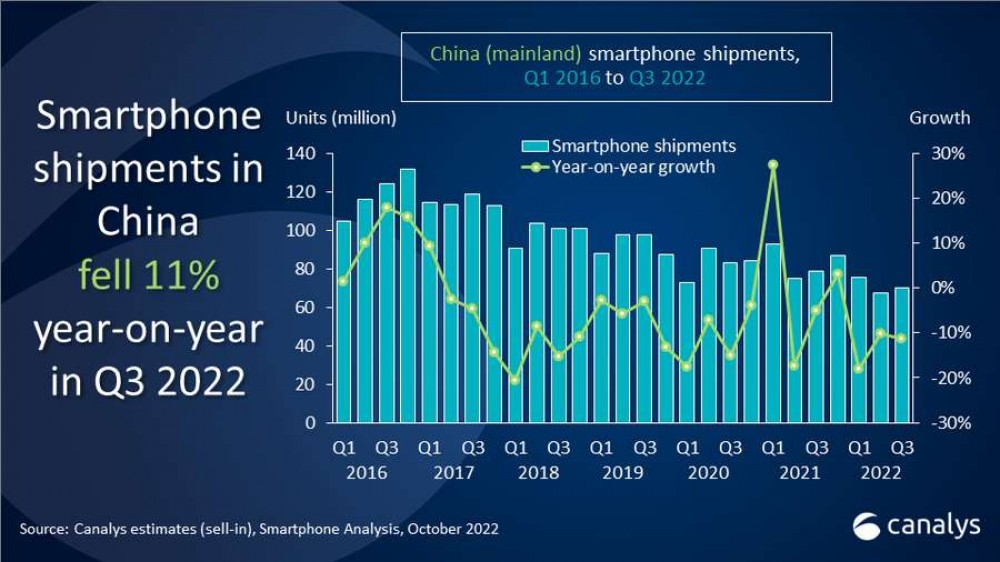 vivo kept its number one spot with 14.1 million units shipped, but is still over 4 million fewer than in Q3 of 2021. Oppo (including OnePlus) was in second with 12.1 million units, down 27% YoY. Honor managed 12 million shipments for third, while Apple climbed to fourth with 11.3 million sales.

Apple is the only vendor to record growth compared to last year, which is down to strong demand for the iPhone 14 Pro phones. On the other hand, Chinese customers didn't have a strong interest in the vanilla 14 phones. 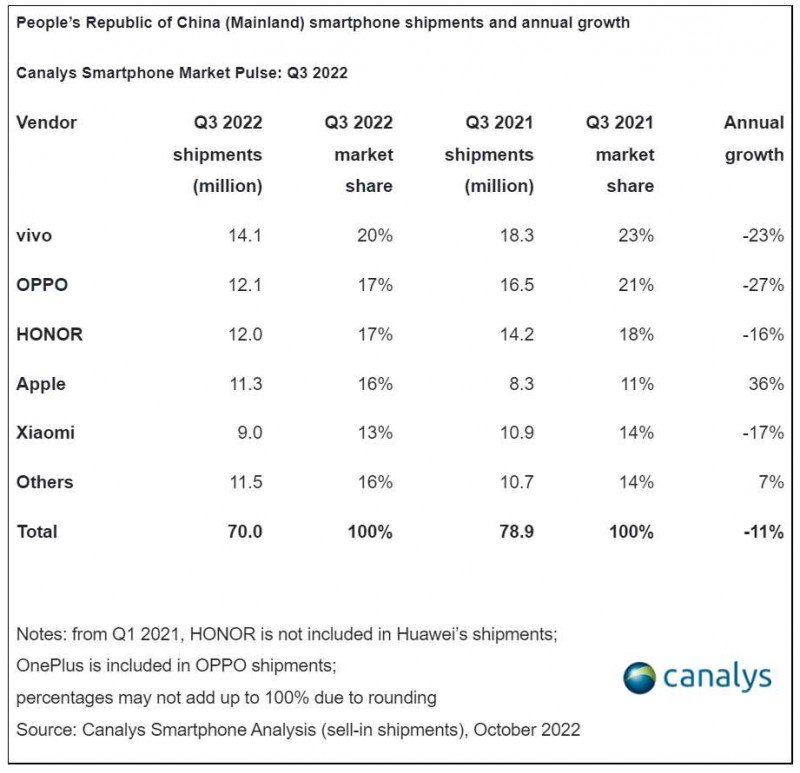 Once the clear leader, Huawei is now outside the top five, but gaining some ground back with its 4G-only Mate series. 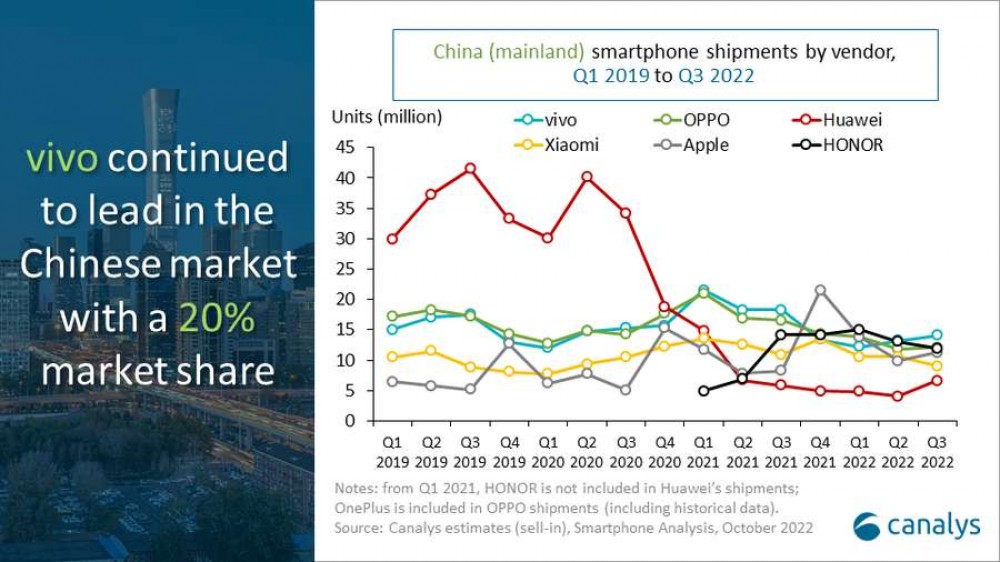 Canalys doesn't expect the market to return to higher demand before late 2023.

Who’s to say Apple wouldn’t be in this position now whether sanction had hit Huawei or not, you the one making claims. And US sanctions shouldn’t really have had this level of effect on Huawei in their home market,

Stuck in the ecosystem. All of her colleagues use iMessage and stuff like that.

So you are saying Apple wasn't making products that appeal to the Chinese market when Huawei beat them to become the second largest manufacturer but as soon as the sanctions hit, the company, whose growth had more or less stagnated, suddenly sta...