Two major Australian carriers have updated their Software Update pages to reflect that Samsung Galaxy S6 and S6 edge units on their network will get the Nougat update soon. The carriers in question are Vodafone and Optus. 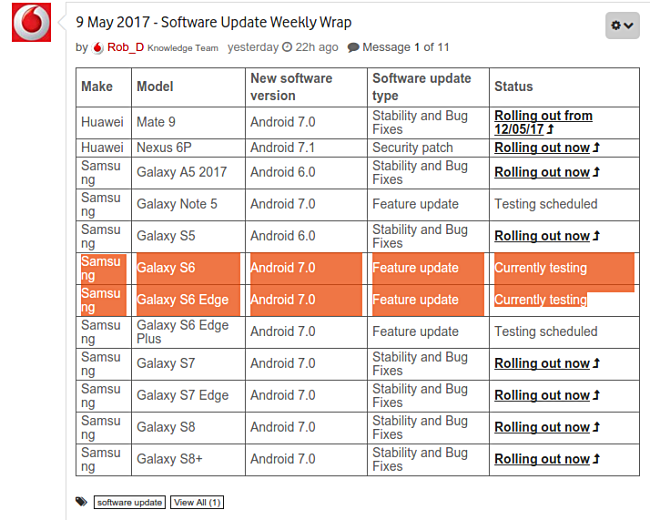 Both carriers say the update is under testing, with Optus even mentioning that the testing process will complete in 'mid to late May' time frame. None of them has yet confirmed exactly when the update will be pushed out.

T-Mobile Galaxy S6 edge+ will get Nougat next week

If the carriers are testing it shouldn't the update be released for unlocked Australian models by now?

STC user got the Nougat update for Galaxy S6 on 7th May in Saudi Arabia.