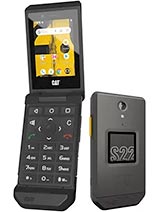 This phone is a very good phone for people that want to brag about a S22, but leave out the CAT part. I'm telling you, you'll need to find 10 year olds to be able to convince them if they don't know much about phones. Other than that, this phone should be good for calling.

Verykool ambassador , 08 Nov 2021I have this phone. It’s the best even better than my IPhone 30what about the price?

I have this phone. It’s the best even better than my IPhone 30

A flip phone with Numpad running Android instead of KaiOS? YES, PLEASE!

if this phone use qwerty keyboard will be nice. this numbers keyboard is little use!

Where to get this phone in europe?

I would buy one, is a nice alternative for a backup phone

For EUR200, that screen size is a missed opportunity though. Cat should have looked at some droid Japanese keitais (those btw run FULL Nougat etc but that'd be not such a good idea for 2GB RAM +

Dudenoway, 06 Oct 2021Good for who need a phone with qwerty keyboard and flip on ... moreIt has a T-9 keyboard. Not qwerty.

the slogan of this device

Always nice to have a rugged option but is Android really the way to go? I never thought KaiOS made the cut due to habing the same clunky interface and resource inefficiency. Can manufacturers keep it simple but offer modern LTE and 5G on a basic phone without a ton of smartphone functionality?

Shut up. Take my money