Rugged phone specialist Cat has announced its latest offering, the Cat S40, squarely targeted at those who work in tough conditions, or live an active life.

Sure, you can have the IP68 certification in a few Sony Xperia Z models, but try dropping one on a concrete floor from 1.8m height and see what happens. The Cat S40 claims to be prepared for that fall. It also meets the US military MIL-STD-810G specification which covers a long list of potentials hazards on top of the vanilla dust and water protection.

The smartphone comes with a 4.7-inch qHD display (that's 540 x 960 pixels), for a rather thin 234ppi, but the company calls it "super bright" on a number of occasions, so there may be something special about it after all. It's also covered with the latest Gorilla Glass 4, just like mainstream devices.

Going down the specsheet, it becomes evident that priorities were firmly set on durability. An entry-level Snapdragon 210 chipset is in charge, with a 1.1GHz quad-core Cortex-A7 processor and Adreno 304 GPU. A single gig of RAM is on board, built-in storage is 16GB but a memory slot provides an option for expansion. The smartphone does support LTE on a number of bands with download speeds up to 150Mbps. 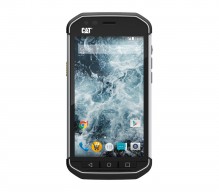 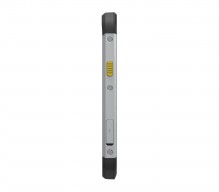 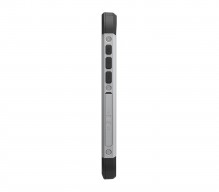 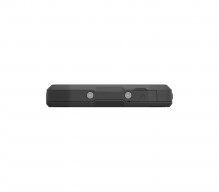 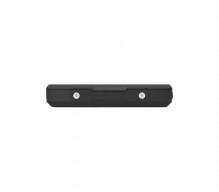 Measuring 144.9 x 74.1 x 12.5mm the device is understandably larger than the average 4.7-incher, and at 185g it's not exactly light either, but that's the price to pay for ruggedness. It does pack a 3,000mAh battery, which should be plenty, given the innards.

The Cat S40 also features an 8MP primary camera with 1080p/60fps capture, as well as a basic 2MP front shooter. The smartphone supports Bluetooth v4.1, Wi-Fi b/g/n and GPS with A-GPS and GLONASS.

Tough smartphones certainly don't come cheap, and the €439 retail price can get you a lot better hardware in prettier shells, but all of them a lot more fragile than the Cat S40. You'll be able to buy one starting August 1.

CAT's S52 is pretty yet still rugged, arrives in Europe in November

Cat announces the B35 - a rugged 4G feature phone

The Cat S40 does have an SD card

I would just buy a good Otterbox, Lifeproof, or a Survivor case. My Dad has used Iphone's with durable cases and the phone has survived the abuse. When I take them out of the case it looks brand new like day I put it in the case. When I gave my Dad f...

Finally, time to move over my nokia 1100