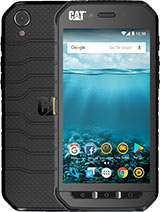 As a landscaper, climber and skateboarder I've beaten the hell out of this phone. It hold up 3 years of mud, sand, falling and whatever. Only recently I cracked the glass on a concrete miniramp, still works though. It has it downsides though. Camera quality sucks, the microphone when calling gets bad/broken in rough conditions (a colleague had the same issue) and the charger usb input is a bit wiggly after 3 years.

I have bought this phone 3 years ago and I love it. After 3 years of daily usage as a mechanic lost the charging port cover the jack port cover and from the sim tray cover only the rubber,the back letters also are gone.the phone works ok after all severe falls that suffered,I think the next phone will be the same

This phone is rough but its Achilles heel are the rubber covers for the SIM, USB, and headphone port. After a year of normal use, the first one to break was the SIM tray cover. Inmediatelly, it lost its waterproof quality as the waterproof seal broke.

Besides, the cameras suck! Not even with the best light available, the cameras cannot take high quality pictures.

I won't buy any other CAT phone as they are not as tough as they claim.

I've bought this device last year, and I have no complaints what so ever. I charge it twice a week, usually @>20% baterry life. No complaints about processor and RAM. Camera could be better, but I did not buy it for taking pictures.
My job is commissioning around the world, and everything I need is on that phone, apps to contact family back home, apps to bank accounts, etc. With this device, I am sure that if my phone drops, gets hit or wet, I will not lose everything. That was always fear with past devices. Who needs that from a phone, I highly recomends this.
I even updated both android and phone software without any issues.
My experience, highly recomendable!

But for people who want gaming phone, or camera for instagram, buy a samsung or something.

Help me find the android 7.0 firmware for CAT S41.

Hello.Is it possible to restore the official 7.0 Nougat software for CAT S41?Oreo software is currently available.

Hello.Is it possible to restore the official 7.0 Nougat software for CAT S41?Oreo software is currently available.

The best work phone I ever had. I've dropped it several times, no problem - not even a scratch. The battery time is outstanding.

i had my phone just short of 2 years. In the beginning i thought it was terrific, until i spilled a few drops of gas on it, I wiped it off with a wet rag and shut it off as a precaution and that is the last time it worked, doesn't sound too rugged now. unfortunately i live in canada so they only warranty it for 1 year. Australia its 2 years, i should have realized that the're rugged claims were overstated when they only stand behind it for 365 days.

Jun Jun, 16 May 2020I have been using my Cat S41 for more than 6 months now and... moreHello.
The Cat S41 did not received more update,and for your issue you must make a reboot of your phone,cause of the back button.Thank you.

I have been using my Cat S41 for more than 6 months now and just encounter a problem with the back button is not working at all.
I wonder what might have caused the malfunction and how do I resolve this issue? Please help.

I have been using my Cat S41 for more than 6 months now and just encounter a problem with the back button is not working at all.
I wonder what might have caused the malfunction and how do I resolve this issue? Please help.

Orlando Ayala, 27 Feb 2020I have a Cat S41 and problems with Oreo 8.0 after update an... moreI hâd te dame issue with te camera for my S41. TRY KNOKING TE PHONE A BOT ON A HARD SURFACE, MAYBE TE cam cable has imperfect contact, and this would help to get background în.

Extremely ooor SW support from Cat. If you go on their site the only thing you can download is user manual. No more Android apdates after 8.0.0 (5 Jun 2019). The launcher is awful, you cannot get rid of Google search widget on it even if you disable Google search: the widget just stays locked there.
But the biggest problem is touch screen: very often swiping/scrolling is interpreted as clicks. And this happens everywhere on all apps: on browsers (Firefox, Chrome), on chats (Whatsapp, SMS), etc. It's extremely annoying as most of the time you spend to press back for the unintended clicks... This phone was a very unfortunate choice.

Terrible phone, its only given me problems from the beginning. Keeps failing and breaking, the first time it fell (from like a meter high only) the screen got a bubble, after 4 months the charger cable started wiggling and not connecting well. Today I fell on my mtb, suuuper soft fall (its early season) and it stopped working.
Its just 7 months old. I bought it because I wanted a phone that fitted better my lifestyle, but my iphone with a screen protector and a 4 dollars silicone case has lasted me 3 years and still works! (I just wanted to upgrade and was a bit over apple) thats like 6 times the time the catphone lasted! I'd like to Im going to go blow the dust off my iphone but wait, it didn't even have time to settle on it lol... what a disaster.
Save yourself some dellusions and get yourself a case, not this piece of cr*p!!

I have a Cat S41 and problems with Oreo 8.0 after update android version my back camera doesn't work good, I tried several solutions posted on internet and nothing resolve the issue. Now the frontal camera has the same problem. I don't know if the android 8.0 is the main cause for this issue in that case a don't know how to downgrade to version 7. O I have problems with camera. Please help me. Thanks

Does Antoine have issues with bluetooth. 99% of the time it does not find my other devices. And if I get lucky, I'm able to pair once and never again. Forgetting and repairing all devices is also not an option everytime