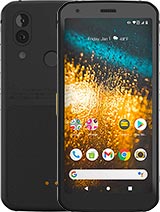 I also really wanted and tried to like this phone. Unfortunately I am on my fourth Cat s62.
I really tried but I am done ! I love everything about it except what I consider to be the most important feature. The GPS !! Google Maps or any other map app will not work. All I get is "GPS signal Lost"
It also has totally shut down with a black screen twice. No phone for hours and then it starts up again. T-Mobile has been fantastic replacing the phone three times since the original. But it just wont keep a GPS signal connectin. I do not recommend this phone to anyone

Worst phone I have ever owned. I so wanted to like this phone, but after the first one crashed, T-Mobile sent me one that, overheats, has a"stain" on the bars which leaves a big dull spot on the photos and, lastly, had to be manually shut down daily so that it will perform simple functions. BLUF:IT STINKS IT IS A POS

TERRIBLE camera! Zoom is awful, it's only 48MP because of the quad pixels. Functionally it's only 12 MP. I have a flip phone with a better camera. Flash is awful, too.

Also, it took THREE tries before they sent me a phone that works. I'd have given up after the second time but the T-Mobile return policy locked me into keeping the thing. First one overheated in my pocket after 20 minutes, second one had a terrible mic. This one has a lousy screen - have to keep the brightness almost on full just to make it usable.

There are a few pros: It's rock solid and battery life is excellent. You can program the side button to access the flashlight, which is powerful (no idea why the flash is so lousy??) or some other function. Put a simple cover and a screen protector on it and it stands up to daily drops, dust and moisture. It's definitely durable, I'll give it that.

More cons: The screen started jumping less than a year after purchase. Haven't been able to access the recovery menu to clear the cache partition. Had to install Nova launcher because the native launcher is garbage.

I love and hate this phone. Would not buy it again, though.