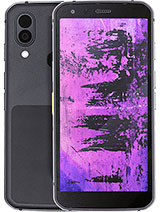 Alex, 13 May 2022Same here tmx is in hungary the repair service, but bullshit.I owned one eight or nine years ago. Warrantee service was Czech then, but I was quoted $274 at the UPS store to send it when the USPS wouldn't take a lithium battery.

I've been Kyocera since then. I wrote an extensive review of the E6921 (Factory Unlocked Duraforce Pro 2). It is hard to find- E6910 (Verizon) and less common E6920 (At&T) are much more common, but the Verizon bloatware is awful.

I want it only for the Thermal Camera.

This is by far the worste phone I've owned. Had the S61 and loved it. Bought another one and Cat sent me the S62 Pro as a replacement as they had no more S61's. Within 2 weeks battery failed, warrantied another speaker failed, sent me another it went black midday and refused to turn back on finally they sent me another phone and it has lasted 6 months now it to is failing, mic problems and very poor service. I will never buy another Cat phone after this experience.

Same here tmx is in hungary the repair service, but bullshit.

Jb , 19 Apr 2022Worst customer service ever have gone through 2 s62 phones ... moreSwitches off most of the time and won't turn on even if the batt

S62 crap, 14 Apr 2022Waste of money rugged yes but better as a paper height slo... moreHahaha 🤣 thank you for your advice mate 😐

Great phone. One just has to remember that this is pure Android no mixed OS from manufacture. i moved from Samsung to Cat. Build qaulity is excellant and should be, as thats it main feature. Great cell signal with no loss of calls etc. Battery life is excellant. Very impressed with camera quality. Have taken some good photos with it. Neagtive part was me having to purchase a set of earbuds as you dont even get a jack adaptor in the box.

Anonymous, 30 Jan 2022Very disappointed with the device. Not recommended. Has man... morei'm french. Same issue on my side: phone turns off with full battery and don't restart without charger pluged...
Have you a solution?

Very disappointed with the device. Not recommended. Has manufacturing defect, android 11 is not even full android 11, very poor signal and data transmission rate. Phone can turn off on 80% of battery and only way to turn it on back is to plug it into the charger... Avoid as it is not reliable.. using it now around 9 months... Thermal camera it's the only thing which is fairly working here. Rugged? Scratches and indents all over the phone bezel... From caring it with small items in pocket like a lighter. I am office worker... What can say a construction one... Seems to be meant to be for this field.... Not recommended.

WORKERS buy this phones, the rest will complain. No phone I know will survive when I fell backward on my ass directly on the phone.Screen was turned inward. 5 years of bumps, falls, metal dust, vibrations and other general abuse. This telephones SHINE - for their intended use.

Customer is poor. Repair service didn't fix the problem. Would not recommend this device.

This phone is totally garbage.
Don't buy it!

Archeoptyrex, 23 Aug 2021Mine have very poor low volume microphone, is only me ? Com... moreYou went to this crap from a p30 pro?

Speaker blew out. Sent in for fix, now mic doesn't work and just today it decided to not turn on anymore.

Get the Samsung x cover instead

to expensiv for specifications