Cat unveils the rugged S41 and S31 phones, T20 tablet too: fear no water nor any height

What’s built like a truck and as fast as one? If you guessed “a Cat smartphone” then you’d be right. The company unveiled two new phones and a tablet too at IFA for anyone who finds modern smartphones too fragile.

Cat asked its users what they liked and the answer was clear - “more battery!” So the S41 packs a huge 5,000mAh battery that offers up to 38 hours of talk time (on 3G) and up to 44 days of standby. If that seems like too much, you can spread it around with the USB Battery Share feature that lets you charge other devices. The necessary cable is provided in the box.

The Cat S41 goes beyond what most makers call IP68 waterproofing and has been tested at 2m depth for a whole hour. And then it was dropped from 1.8m height onto concrete to earn the MIL-SPEC-810G badge. 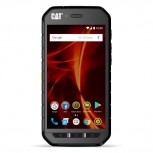 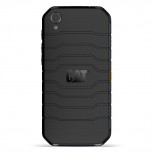 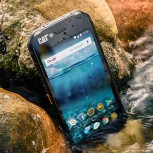 Gorilla Glass 5 guards the 5” 1080p screen, which works with wet fingers and gloves (a likely scenario for this phone’s user base). The back is textured for extra grip too.

As for the boring digital stuff, the S41 is powered by a MediaTek chipset (octa-core 2.3GHz processor) with 3GB of RAM and 32GB storage. It runs Android 7.0 Nougat and has a “curated app and content catalog”. There’s also a programmable button that can activate the LED flash or push to talk.

The phone features a 13MP camera on the back and an 8MP selfie cam, both of which have underwater mode to better document your adventures. Connectivity is pretty solid with LTE Cat. 6, VoLTE and VoWiFi.

This is the younger brother, which has a 4,000mAh battery. It can’t dive as deep – it’s rated to 1.2m for 35 minutes – but it can still take a 1.8m fall onto concrete and survive. It uses the older Gorilla Glass 3 to protect its 4.7” 720p screen (which also works with wet or gloved fingers). 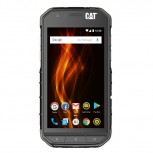 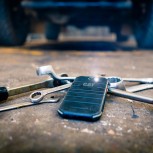 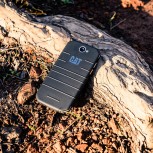 The Cat S31 runs Android Nougat on an entry-level Snapdragon chipset (1.3GHz quad-core) with 2GB of RAM and 16GB storage. The camera department is similarly modest with an 8MP sensor on the back and a 2MP sensor on the front.

You still get the programmable key and dual-SIM connectivity (with LTE Cat. 4, VoLTE, VoWiFi).

Rather than a phone, you might want a tablet – the T20 is an 8” tablet that runs Windows 10 and is fairly tough. It can fall from 1.8m or dive to 1m for 30 minutes (IP67). It’s vibration-proof and resistant to salt spray. 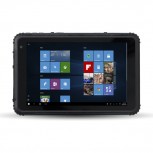 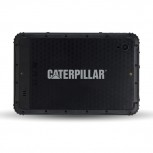 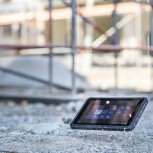 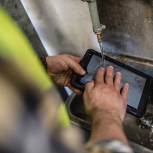 I've had my S61 for a year and have had 3 system updates, it's a really good device.

Do they even update their phones? They don't have much unlike the other company which cannot tell their azz from their head due numerous devices launched per year. Like updating a crap midrange and forgetting a not so old flagship.