If you’ve been following Caviar’s work, you will know that the founder is a fan of luxury watches. So, when you hear “Holy Trinity”, you should know that it refers to the horological kind – Patek Philippe, Audemars Piguet and Vacheron Constantin. These three legendary watchmakers are the inspiration behind the new additions to the Pair of Kings line, i.e. Caviar’s series that intends to pair a luxury watch with a luxury phone.

The phones in question are based on the iPhone 13 Pro and 13 Pro Max and have metal backs styled after the watch face and bracelets of the watches that they are named after. 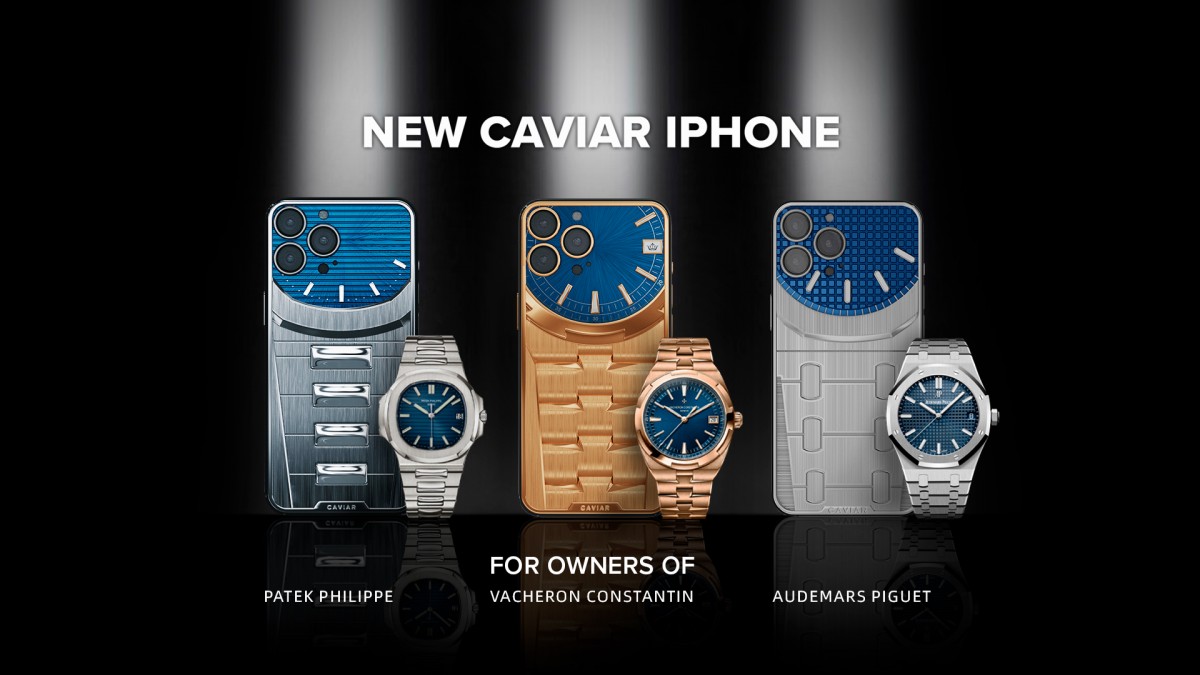 Let’s start with the Vacheron Constantin Overseas. One of these will cost you a whopping $52,000 (or more) and only 7 will be made. The phone is decorated with a blue titanium "watch face", 18K gold stylized cross-links bracelet, the Maltese cross and a decorative date indicator.

Keep in mind that to complete the look, you will also need the watch itself – and it costs over €53,000. The Overseas ref. 4500V/110R-B705 was designed by Vincent Kaufmann, chief designer of Vacheron Constantin, with 30 years of experience at the company.

If you don’t have a hundred grand, consider the Audemars Piguet Royal Oak. This one starts at a mere $6,600 and Caviar will produce 99 units. The phone contrasts blue titanium against gray titanium to evoke an image of the Royal Oak ref.15500 that it was based on (which is frighteningly expensive in its own right).

There’s also the Patek Philippe Nautilus – both it and the Piguet were designed by Gerald Gent. This watch was inspired by the biography of Philip Stern, the head of Patek Philippe. As for the phone bearing the same name, there will be 99 units produced, each costing $6,670 or more. This one also uses blue titanium with the same pattern as the watch face and yet more titanium covering the rest of the back.

Head over to Caviar’s Pair of Kings collection to learn more (there you will also find the previous Rolex-inspired entries).

Caviar puts meteorites on the back of iPhone 13 Pros, gilds a Tesla Model S

Is this a "joke"? If it is, I don't understand how it's supposed to be funny at all.

I don't understand people who say that these phones are ugly. They look nice and premium. The designs are literally parts of dials and bracelets. How are they ugly? Do you think that the watches are ugly as well?