You may have gotten used to Russian company Caviar's special edition phones adorned with the portrait of Russian President Vladimir Putin - iPhones usually get this treatment. But with the iPhone 7 it's also started to offer a Donald Trump version of its bling-ified devices.

And now it's taken things to the logical next step: having both Trump and Putin together on the same phone. The honor of hosting the portraits of both leaders goes to the newly reinvented Nokia 3310. 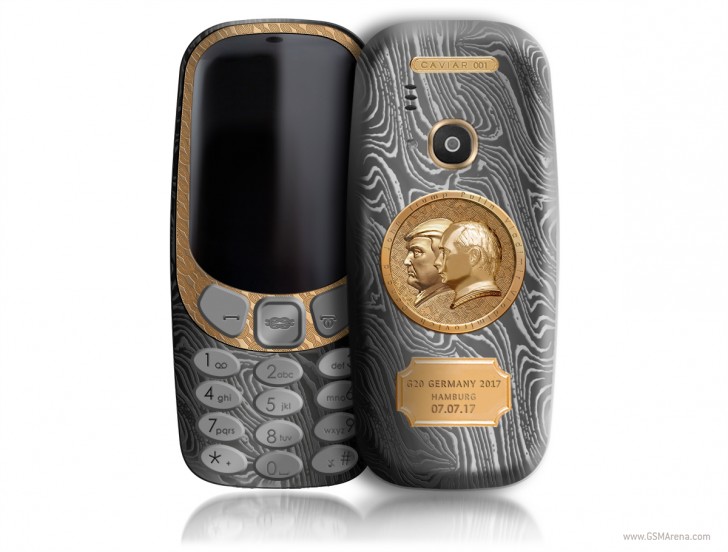 So if you're nostalgic for the good old days when the original 3310 was around, and would enjoy to always carry an homage to Trump and Putin's meeting at the G20 summit, then you should naturally pick up the aptly named Nokia 3310 Putin-Trump Summit edition from Caviar. It can be yours for a mere RUB 149,000, or $2,466. That's a small price to pay for stuff such as "hardened titanium with a pattern of Damascus steel", which you'll find on the device.

The gold-plated portraits are on the back of the 3310, and they both look in the same direction - to express "a desire for progress in US-Russian relations" apparently. There's also an emblem of the G20 summit below the portraits, and this collector's 3310 ships in a special black velvet box.

Nokia Android with dual-lens Zeiss camera is coming this year

Lmao never realized this ever existed.

This would be a pretty amazing phone to have..

Yeah. I Agree Include DU30!