Everyone today is familiar with the sleek iPhones and all-aluminum Macs, but how many remember Apple’s first product – the Apple I? The computer was designed and hand-built by Steve Wozniak and it has a very DIY look. Of course, back then Apple Computer Inc was headquartered in the garage of Steve Jobs’ parents.

Production of the Apple I was discontinued on September 30 1977 – 43 years ago, almost to the day – so Caviar decided to celebrate the moment of Apple’s inception with special editions of the upcoming iPhone 12 Pro and 12 Pro Max. 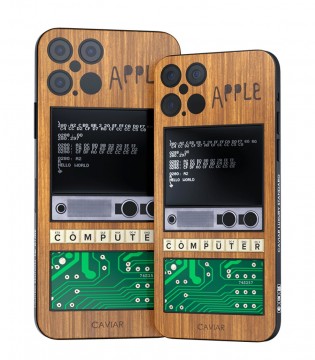 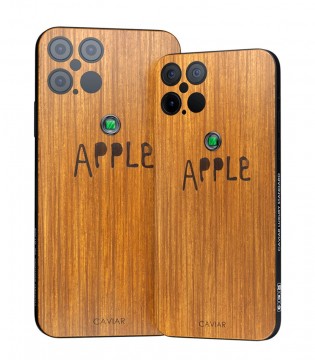 There are two options, the Apple 1 starts at $10,000 and features a titanium “screen” with “Hello, World” printed as well a piece of motherboard from the original Apple I. This is a proper piece of computing history.

The “affordable” phone of the two is the Apple 1 Light, which starts at $5,000. It has a natural wood panel back and a crooked hand-written “Apple” based on the engraving of the original computer. The green bit is a tiny piece of motherboard.

The Apple 1 phones will be available in very limited quantities – the Light version consists of 49 units while only nine Apple 1 units will be made. There were only about 200 Apple I computers produced, so a limited edition is a fitting tribute (and there aren’t that many motherboards to use as decoration).

Maybe its rare, unique, legendary but still not even for free. Saw many ugly things in my life this is the weirdest apart the completely shaved siberian husky except the head.

guys, this is a LUXURY PRODUCT produced by a LUXURY CUSTOM PHONES COMPANIES, yes, it is overpriced, but its not intended to be bought by a normal consumer, instead, its a luxury product.

If I was rich and my rich friend came over to my house to impress me with this trash, I would laugh in his face. sensible one.