Huawei announced the nova 5 series today at a lengthy event in Wuhan, China. The family consists of three phones, but the most impressive device of all is the nova 5 Pro - pretty OLED on the front, cool design and powerful internals. During the presentation, Huawei played the promo video of the series, and later it is now uploaded on the social media channels.

The clip gathers the most impressive specs in under two minutes. You can follow the narrative pretty easy - opening the phone with your finger on the screen sends you in a different world, where you can take pictures with the Quad camera with proper colors and details both with the 48 MP main shooter and the 2 MP macro lens. 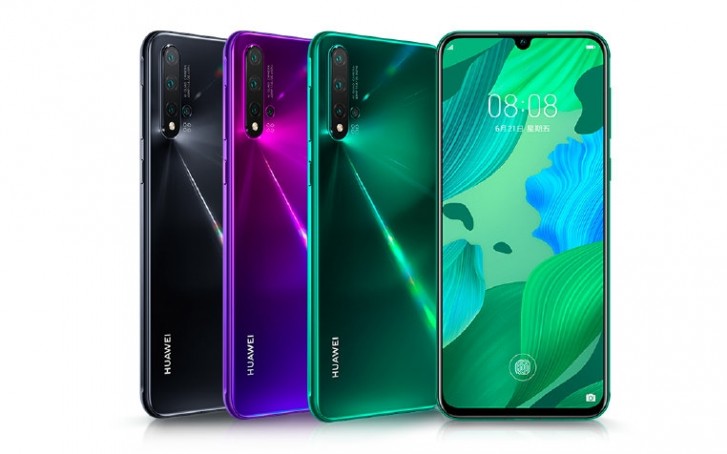 There is also a nod to the shiny back panel in Purple or Green, the big 6.39” OLED screen with minuscule bezels and the wide-angle shooter with a 16 MP sensor as well as the 32MP selfie camera.

You can touch the phone, if you buy it from the internet.

I ain't a fool lol. Try next time!

Why? Do you live in usa?