Check out the latest concept video of the Pixel XL 2 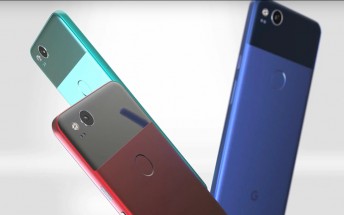 Last week, Android Police posted confidently about a render that is almost certainly representative of the Google Pixel XL 2. This render was taken by Concept Creator on YouTube, where a minute-and-a-half video of a fully-rendered Pixel XL 2 shows off the phones supposed exterior design, complete with the 18:9 aspect ratio display and glass window on the back.

The video render really gives substance behind the leaked image. Given that the Pixel XL 2 will supposedly be made by LG, the round, yet blocky curves around the edges of the phone are quite reminiscent of the LG G6s body. In addition, the large Full Vision display on the front really brings the look together.

On the back, there are a couple of pins under the round dual-flash setup. Concept-wise, these could hold some kind of piggy-back accessory along the likes of the 360-camera that would become available with the Essential PH-1. Though, we wouldnt hold our breath for that.

With the Pixel XLs arguably pedestrian design, the Pixel XL 2 is shaping up to be quite the looker. We particularly like the red and black color combo, though we doubt Google will ever offer something like this. Google, if youre reading this, the red and black render is the answer to Apples Red iPhone 7 Plus.

But hey, the little Pixel gets front-facing stereo speakers, while the XL will settle for a contemporary HTC speaker setup

Huh? S5 had the MicroSD card. It was the terrible S6 that dropped it, and the waterproofing that the S5 carried