CIRP: iPhone 8 and iPhone 8 Plus sold better than iPhone X in Q1

Analysts from CIRP delivered their Q1 report which says iPhone 8 and iPhone 8 Plus are the best-selling Apple smartphones in the first quarter of 2018. Of all devices, sold between January and March, 23% were iPhone 8, 21% were iPhone 8 Plus. At third comes the flagship iPhone X which took just 16% of the sales.

Josh Lowitz, CIRP co-founder, said that the $999 phone saw it share fall, compared with the holiday season in the US. This might lead to a quarterly drop of the average sales prices, but it still will be an yearly increase, therefore not hurting Apple’s bottom line. 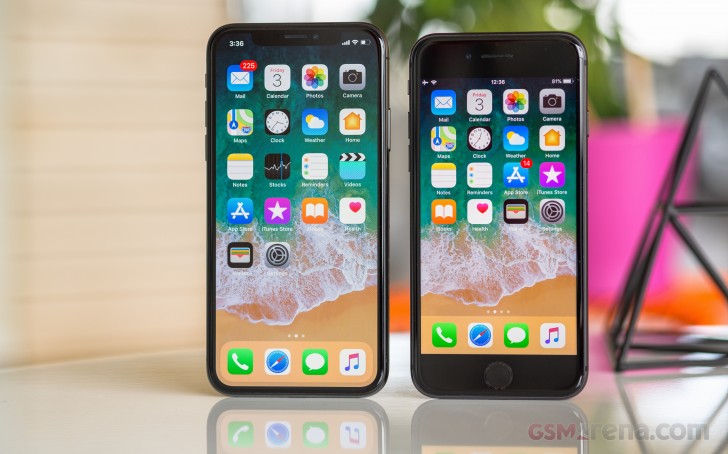 Apple released a Product Red version of iPhone 8 and iPhone 8 Plus earlier this month. Unless a new iPhone X version is also delivered, the flagship's share might shrink even further in Q2.

CIRP also noted that older devices are still bought across the United States - of all iPhones, nearly 20% were either an iPhone 7 or an iPhone 7 Plus, with 13% more being of the iPhone 6s duo.

Apple's iOS through the years

Launching two flagship devices simultaneously, with the "better" being vapourware for months, was always going to be a failure. I still don't get why Apple decided to launch the iPhone 8, and with a couple of months delivery head start. Greed, thinki...

Well if you want to quote from that article maybe you should mention that everyone showed growth, non of them less than 13% or maybe that Xiaomi had 51% growth. End of the day it's all irrelevant as these are shipped numbers not sold devices, 99% o...