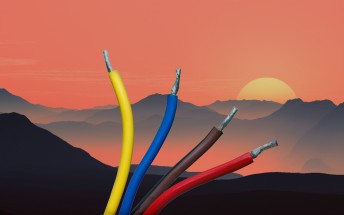 The U in USB stands for universal. The port has certainly lived up to its name, its the default way to deliver data and power to electronic devices. In fact, USB-C is just about the only port used on new Macs (other than an ironic 3.5mm headphone jack) and its definitely the only port on the new iPad Pros.

The path to this wonderful land of one port to rule them all is littered with the remains of many proprietary standards. Today well be looking at a few of them.

While it was officially standardized in 2002, Pop-Port like connectors have been on Nokia phones since around 1996. 1996 is coincidentally the year that the USB standard was introduced.

The Pop-Port was a 14-pin connector. Two pins carried power, six pins handled analog audio (stereo headphones + microphone, each getting a positive and negative wire). So far, nothing unexpected.

But Pin #3 was Accessory Control Interface, which allowed Nokia phones to talk to certain smart accessories. Pin #4 provided the power for such accessories. This enabled cool tech like this headset with an LCD that showed the currently playing song's name. It was used to power FM transmitters, connect to CarKit docks and more.

Today smart accessories are hiding in plain sight. For example, a USB-C to 3.5mm adapter typically has a small chip (powered by the port) that takes in digital audio and uses a DAC and amp to convert it to analog audio. Youd think its simpler to just keep the jack.

Anyway, moving on to pins #6 and #7 of Pop-Port. In the earliest models they formed an FBus connection  a Nokia-developed standard to transfer data. These were later reused as the USB data pins.

Early Siemens phones had a proprietary port similar to the Nokia one (but without the catchy name). It carried power and analog audio and connected the phone to computers. In earlier models that was done over a custom protocol, but was replaced by USB connection as the standard became more prevalent. 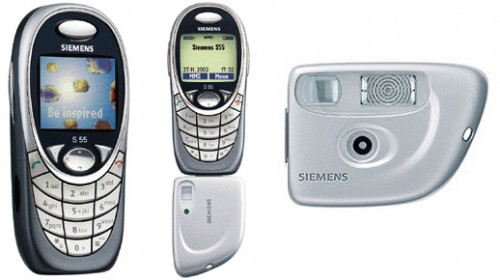 The connector had a couple of pins that enabled smart accessories as well. Not many were released, but the Siemens QuickPic camera add-on used that connector to transfer photos to the phone.

Apple went overboard with the iPod Dock connector  with 30 pins this was a beast. Not satisfied to offer just one option for each function, the adapter could do the same thing in several different ways.

For example, it could output three types of analog video: Composite, S-Video and Component. And instead of a single mic, the connector had two line in pins so stereo microphones could be connected. 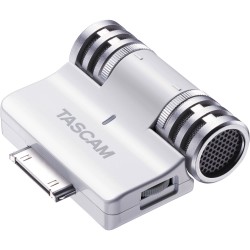 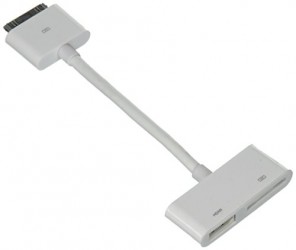 While USB was available eventually, there was FireWire too, the connection of choice for Macs. In fact, early iPods had FireWire port on them, the Dock connector was introduced with the 3rd gen iPod.

FireWire was faster than USB 2.0, so if you needed to download footage off a DV camera and transfer it to an external drive, FireWire was the way to go. Part of the magic was that the standard supported daisy-chaining. This mean you can just hook up devices and not worry about hubs like with USB.

USB On The Go

USB established a strict hierarchy of host and accessory. Usually, a computer was the host. But what if you wanted to connect a USB thumb drive into a phone? Both devices were accessories, so nothing happened.

USB On The Go (aka OTG) was introduced to allow phones to work as hosts. Early on that required a micro-AB plug that was the size of microUSB, but had a square profile. With the right cable you could attach more than flash storage, keyboard and mice worked as well.

And phones too, but thats where things got confusing. If only one phone supported USB OTG things worked about half the time and you could browse the other phones storage. If both had OTG... well, then the phase of the moon determined which phone did what.

On The Go functionality is still present on modern phones, but the square adapter was dropped. Support for accessories is pretty great, e.g. you can hook up a USB Ethernet adapter and it just works.

Even support for connecting two phones together is improving. For example, thats how Pixels transfer your data off your old phone.

Bluetooth does audio, Wi-Fi handles bulk data transfers, Qi charges your phone. How long before USB and wired connections as a whole die off? While today its perfectly possible to live a wireless lifestyle, cables will always be faster whether were talking charging or data transfers.

However, good enough is often enough to satisfy consumers. Despite the loud protests against dropping the 3.5mm headphone jack, some of the best-selling phones dont have it. USB should sleep with one eye open.

PS. We wish we could include microUSB on the list of dead ports, but it's very much alive despite years of USB-C being the port of choice.

Well, that is a complete dream of big company, no wired mean auto obsolescence And wired is still the way to go, if you arguing the future is about wireless, you're ade wrong. Future of smartphone is where wire and wireless work in conjunction w...

Doesnt matter how fast a cabled connection is, for example for internet the bottleneck is not the in-house wifi unless you have a PRIVATE unshared fiber connection (which is found almost only in scandinavia). Charging is also irrelevant, fast QI c...

The Apple 30 pin connector was one of the ugliest connectors of all time.