Did you know that the heaviest phone in our database is the Samsung Galaxy Camera GC100? At a hefty 300g, this is one chunky headset though we should give it props for having an entire point and shoot camera built in. 21x optical zoom with OIS, xenon flash and everything!

Okay, "phone" may be a bit of a stretch here but when you look at the extremes of each measurement you are bound to find some oddities. We should disclose that we filtered out the most unpopular devices - everything on this list is odd sure, but not unheard of.

If you're into selfies, the Vivo V7 (and V7+) have 24MP front cameras. That's 8MP more than the rear camera! 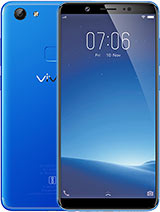 The Gionee M2017 has the biggest battery - an insane 7,000mAh power bank! That's nearly 1,000mAh more than the second beset phone and boy are we glad it has fast charging support.

We've not tested its battery endurance, unfortunately. Of those we've tested, the Lenovo P2 is the battery endurance champ - it can last up to 149 hours on one charge. It goes to show what a big battery and efficient chipset can do. 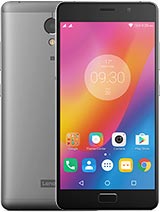 The most ear-piercing loudspeaker we've ever tested was on the Huawei Mate 9 Pro. We would have bet it would be some old handset, but no. Huawei found a way to crank out a lot of volume out of a 7.5mm thick phone. 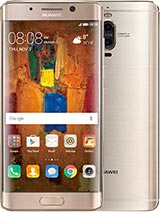 Memory is important. You can get the most of that that by combining an Asus Zenfone 2 Deluxe 256GB and a 400GB microSD.

As of June last year, there are multiple phones with 8GB of RAM too. And quite a few phones have 10-core CPUs. That makes them practically commonplace and they don't belong in this cabinet of curiosities.

Here are a few easy to guess phones. The phone with the highest screen pixel density is... well, a tie between Sony's Xperia Z5 Premium and XZ Premium (both with 5.5" 4K screens). The highest resolution camera is on the Nokia 808 PureView, of course.

We leave with one final superlative - the most talked-about phone on our site is none other than the Nokia N8.

Techno POVA also has 7000 MAH battery. For the loudest speakers I sure used some Chinese phones in the past with 4 sims & a whole back having loud speakers on it, feels more like a boom box or something, we had lot of fun prank calling people usi...

It's about time this article got updated. Or is there a newer write-up?

It's about time this article got updated. Or is there a newer write-up?