Alongside IDC and Canalys, Counterpoint also released its report on the last quarter of 2020 as well as the full year. It confirms that Apple took over at the front, but since its data includes the top 10 maker it also gives us some more interesting findings. Such as the fact that Realme was the biggest gainer, posting a year over year increase of 65%.

Let's talk Apple first. In the months October through December the Cupertino company shipped nearly 82 million iPhones - up 13% over the same three months last year. According to Counterpoint's numbers, Apple tied Samsung for top spot in Q4 of 2019 at 18% market share, but in 2020, Apple's 21% saw it as the biggest vendor. Samsung was a somewhat distant second with 16% market share on 62.5 million smartphones shipped. 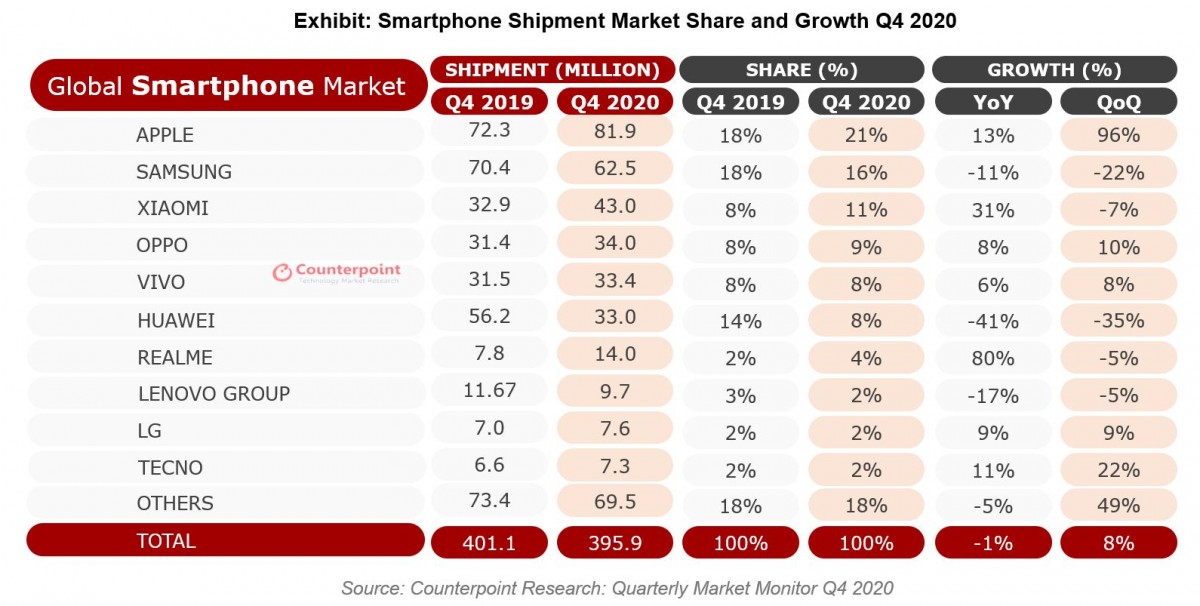 In contrast Realme nearly doubled its shipped smartphones in Q4 of 2020 with 14 million. But more impressively it managed to ship 65% more phones in the entire 2020, than it did in 2019. The 42.4 million shipped Realme phones in 2020 ensured the company maintained the title of fastest-growing smartphone brand in the world for five consecutive quarters now. 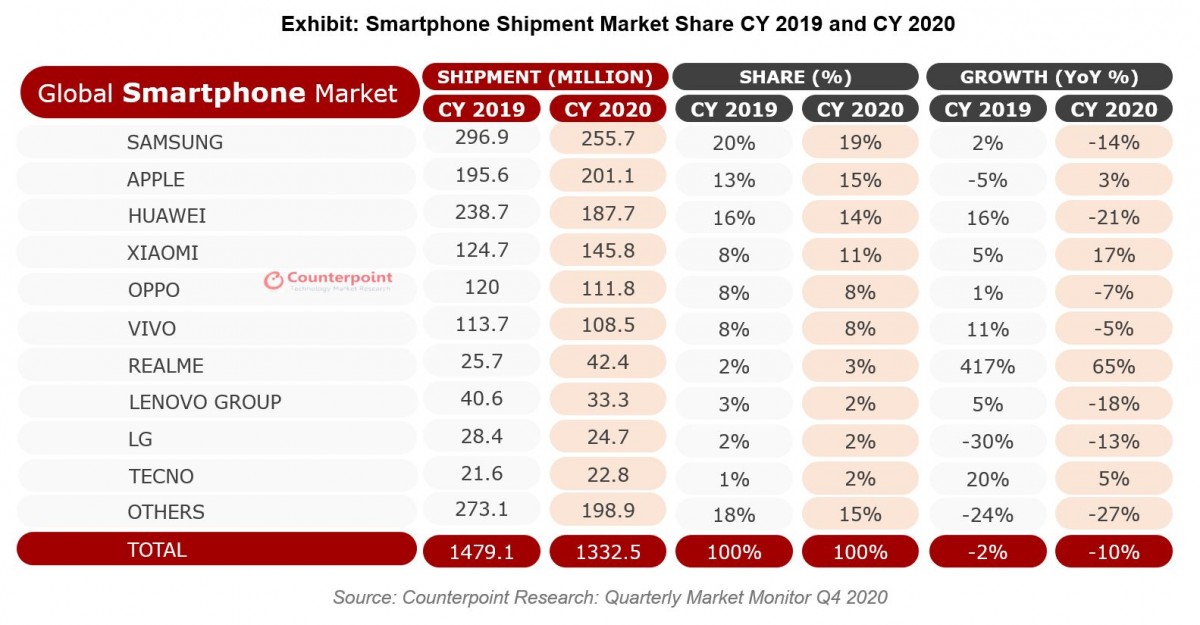 Over the calendar 2020 Apple's smartphone shipments grew 3%, while Xiaomi managed to take over a big part of Huawei share and posted a strong 17% increase. Huawei shipped 21% fewer phones in 2020, than it did 2019 - that translated to 51 million in absolute numbers.

"No one can compete with apple , not even petrol companies" Don't get ahead of yourself. Even the 6th biggest oil company, Exxon raked almost double revenue than your fruit company. People can survive without mobile phones but the...

Apple released iPhone later because of covid, even without those extra sales for Q4 they would have took the lead.