CR: OnePlus is the top premium smartphone brand in India for 2019

India’s premium smartphone shipments have been on the rise throughout 2019 and according to the latest Counterpoint Research report, OnePlus cemented its position as the leader in the segment with a 33% market share, ahead of Samsung and Apple. The catch is that the analysts consider premium all devices priced above INR 30,000 ($420). Those saw a 29% year over year growth. 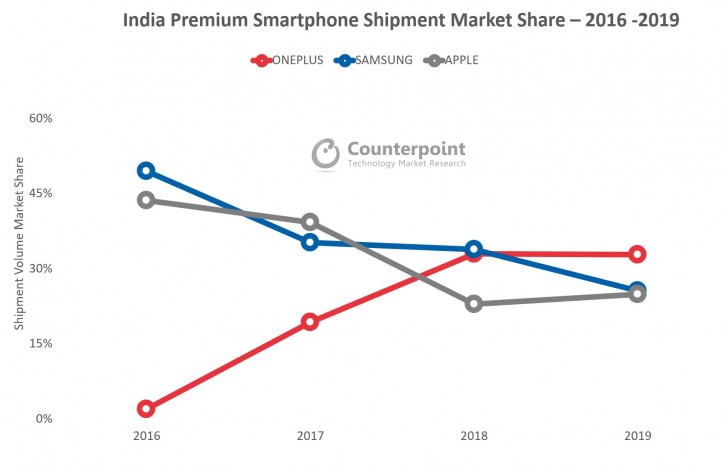 OnePlus now controls 1/3 of the premium smartphone market in India after a 28% rise in shipments compared to 2018. The brand also became the first premium smartphone player in India to cross the 2 million shipments threshold in a single year. Adoption of innovative hardware features like high refresh rate screens and the flagship Snapdragon 855 family chipsets as well as a strong consumer community and positive word of mouth were seen as the main reasons for OnePlus’ success. 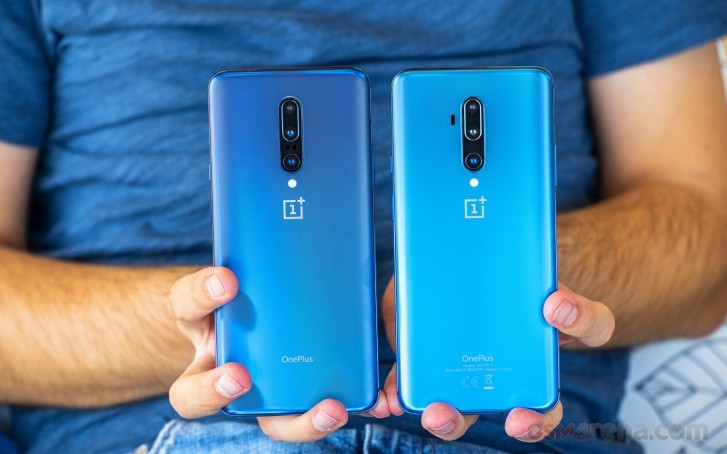 Samsung now occupies the second spot in the premium segment but it declined 2% YoY. Strong competition from the likes of Oppo, Asus, Xiaomi and OnePlus was the main reason for Samsung’s slump. On the other hand, the Korean giant’s share in the ultra-premium segment (above INR 45,000/$630) sector grew by 24%. The S10+ was the best selling Samsung flagship for the past calendar year. 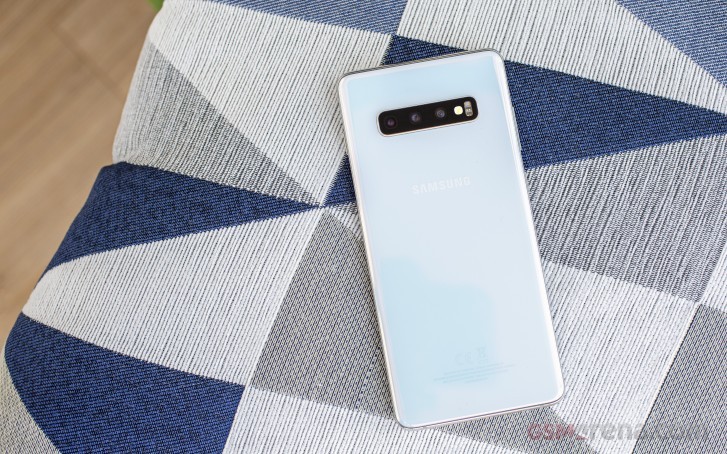 Apple saw the fastest growth in the premium segment in India with a 41% YoY increase led by the strong sales of the iPhone XR which saw plenty of price cuts throughout the year. The XR was the top-selling ultra-premium smartphone in India followed by Samsung’s S10+ and the OnePlus 7 Pro. The new iPhone 11 is also selling strong and is expected to mimic its predecessor’s success in 2020. Counterpoint: 53% of Indian premium phone buyers planning an upgrade in the next year

I have used many phone ranging across price band and manufacturers, I must agree OnePlus actually has better camera quality and extremly solid built in its price segment. It also feels way more premium with equally priced Samsung phone.