The Asus ROG Phone has two USB-C ports – the extra one is for accessories. And there are plenty of them. To that end, pre-ordering from Asus Italy between October 18 (today) and October 24, you’ll get €100 credit for accessories.

The phone itself is €900 for the 8/256GB version, you can see it here. The retail box comes with the AeroActive Cooler, so that’s a pretty good start.

There’s more. The Gamevice adds hardware controls since not everyone is a fan of touchscreen gaming (there’s a wireless remote too, for some motion-controlled gaming). Alternatively, the TwinView Dock adds an extra 6” AMOLED display, two more speakers and two haptic feedback motors for some DS-like gaming.

The Mobile Desktop Dock and the Professional dock give you HDMI and gigabit Ethernet ports so you can harness the power of the overclocked Snapdragon 845 chipset for some desktop work. The Desktop Dock even offers DisplayPort! 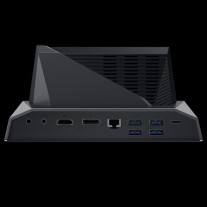 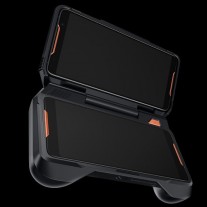 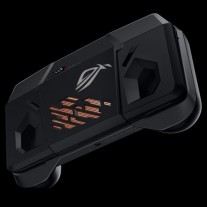 Thanks for sending this in, Viano!

see? As a "King of game console" (I mean ps) sony should be able to create a gaming phone like this. They can use nvidia tegra processor, high screen refresh rate, big ram, integrate psVita games into it, and sell it with expensive price, and marke...

Why they design the back cover like that? Is it have any functions or practical or just for unmindful and gild the lily?