Samsung has started pushing out a new security update to its Galaxy A5 (2016) smartphone. Weighing in at under 11MB and arriving as firmware version XXS3BPLA, the update brings along Android security patches for the month of December. 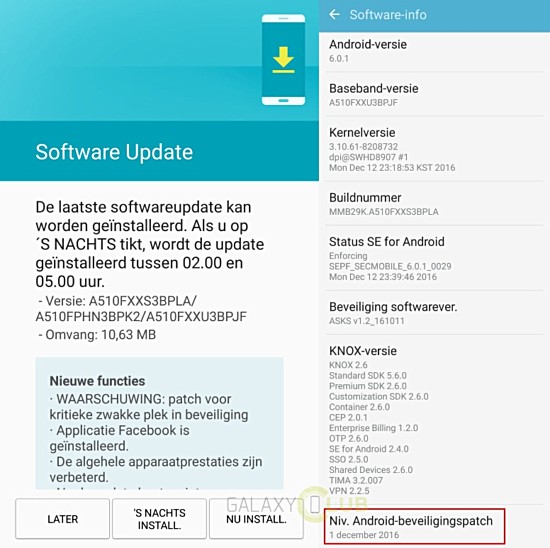 The update is currently hitting units in Europe, although other regions should get it soon as well.

If you are a Galaxy A5 (2016) user in Europe, and haven't received the update yet, be patient, as OTA toll outs are usually staged. Alternatively, you can also check for the update by heading to your handset's Settings menu.

Samsung Galaxy A7 and Galaxy A5 (2016) get Marshmallow updates

Need to know security for Galaxy A5 device Antivirus cleaning and safety. ..!

meanwhile my recently-bought (less than a week now) Galaxy S7 is stuck on November security patch ..and my Galaxy Tab S2 on March sexurity patch. Pfffft.