Xiaomi will host a special event next week - May 31 - at which it will unveil its next flagship - the Mi 8.

And as these things go there's a launch poster for the event, which teases the upcoming announcement. But does that poster show more than meets the eye?

Some techies with time on their hands have dissected the imagery and believe that Xiaomi placed little hints to devices it will show at the event.

There looks to be between 3 and 5 smartphones hidden in the details in the buildings and what looks like a Xiaomi Mi Band 3 way off in the distance. Is Xiaomi unveiling more than one smartphone on this event?

The landing pad in the lower middle of the image looks like a wireless charger if you put your imagination to use. 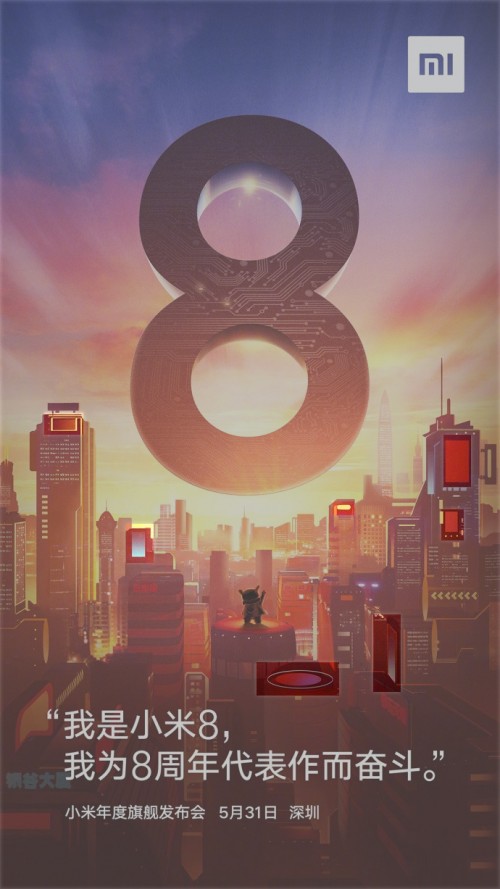 Are these clues hiding in plain sight?

It's very speculative, but it's no serious stretch of the imagination to believe that Xiaomi would hint at upcoming announcements in its posters. Apple used to do that all the time.

We'll find out for sure next week!

Sharp may have been first, but Xiaomi kickstarted it.

Sharp is the first start bezelless, all the following is due to marketing and promoting brain wash strategy.

dont forget that Xiaomi started all these fullscreen bezel-less madness.