Dual selfie-camera sporting vivo V5 Plus to launch this month

After launching the V5 back in November last year, Chinese smartphone manufacturer vivo is all set to launch a Plus variant of the phone this month. The company has started sending out press invites for a January 23 event in India. 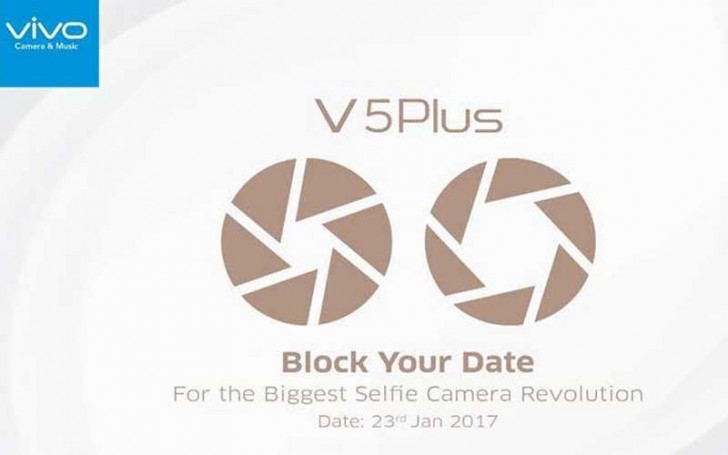 As the invite clearly indicates, the selling point of the V5 Plus would be its dual selfie-camera setup. As for other specifications, nothing is officially confirmed at the moment, but we expect to hear more on it through official teasers in weeks to come.

For those who aren't in the know, the Lenovo Vibe S1 was the first phone to come with two front cameras. It was launched back in November 2015.

vivo X9 might soon be available outside of China

NOT rebranded.. the brand is still the same.. it is just different model name for EU ..